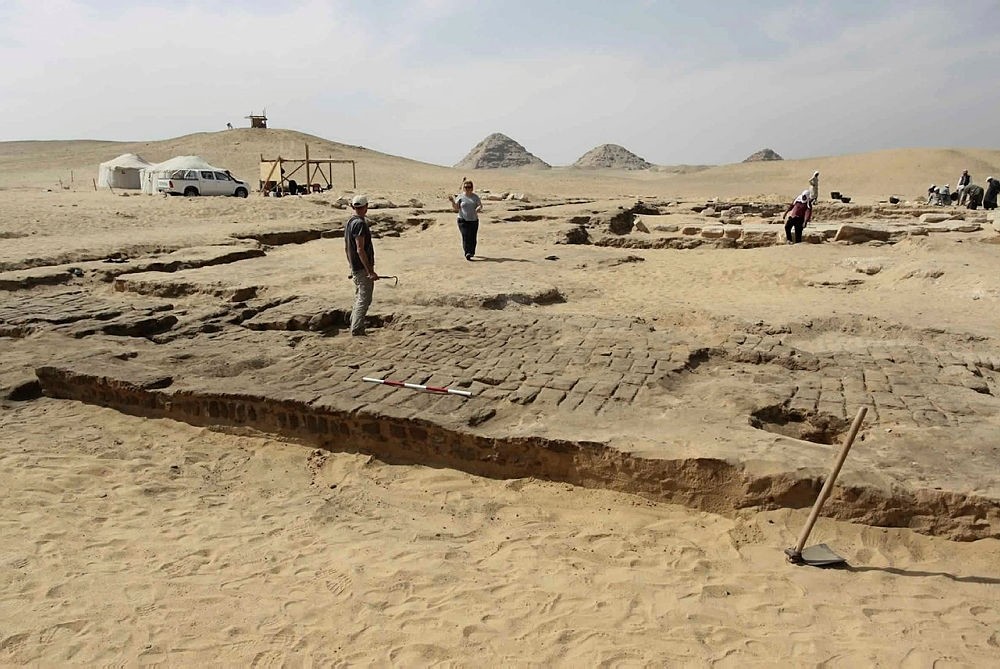 This undated photo released by the Egyptian Ministry of Antiquities shows the remains of a recently discovered temple for King Ramses II, in Abusir, southwest of Cairo. (via AP)
by Associated Press Oct 16, 2017 12:00 am

Egypt's antiquities agency says archaeologists have unearthed remains of a temple belonging to King Ramses II southwest of Cairo, which may shed light on the life of the 19th Dynasty pharaoh, over 3,200 years ago.

Mustafa Waziri, the head of agency, told The Associated Press on Monday that the discovery was made by an Egyptian-Czech mission in the village of Abusir near the step pyramid of Saqqara.

In a statement on Sunday, Miroslav Barta, the head of the Czech team, said the temple is the only evidence of the presence of Ramses II in the Badrashin area in Giza, part of Greater Cairo.

He said the discovery confirms the continued worship of the sun god "Ra" in Abusir, which started in the 5th Dynasty, over 4,500 years ago.