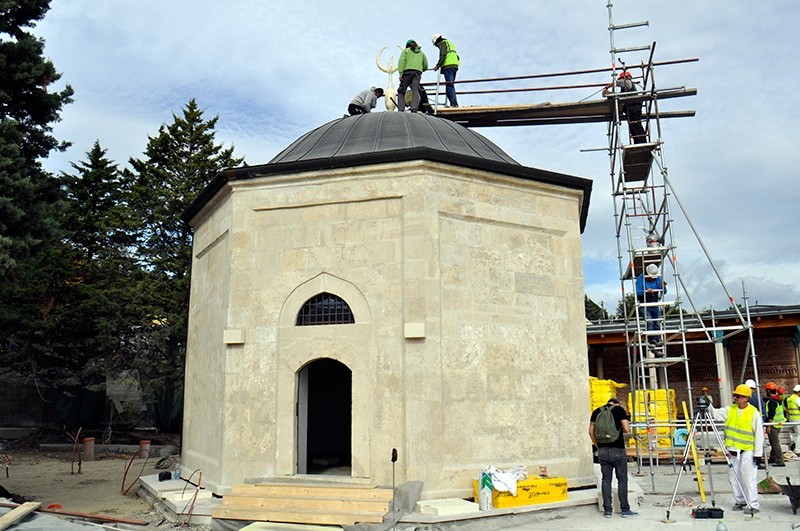 A renovation project to restore a nearly 500-year-old Ottoman-era tomb in Hungary will end next month, Turkish officials said Wednesday.

The octagonal tomb of Gül Baba [Father of Roses], an Ottoman Bektashi dervish poet and companion of Sultan Süleyman the Magnificent, was built between 1543 and 1548 in Budapest.

As one of the few remnants of Turkish rule in central Europe, the tomb has been protected by the Hungarian authorities to date.

It was initially restored by Hungarian experts in 1963 after being damaged during World War II. Since then it has been designated as a museum and opened to the public.

The newest renovation project in partnership of the Turkish Cooperation and Coordination Agency (TIKA) and the Hungarian authorities began in August last year.

TIKA's country coordinator in Hungary, Süleyman Kızıltoprak, said the project is a "sign of Turkish-Hungarian friendship".

President Recep Tayyip Erdoğan is also expected to participate in the inauguration ceremony, the Hungarian government said in a statement.

TIKA has completed about 60 projects in Hungary since 2014, which were mostly linked to social and cultural cooperation, education and health.

The Turkish agency has been also carrying out extensive restoration work on Ottoman heritage in the Balkans as well as implementing development and aid projects.