2,200-year-old dam will shed light on climate and vegetation change in northern Turkey 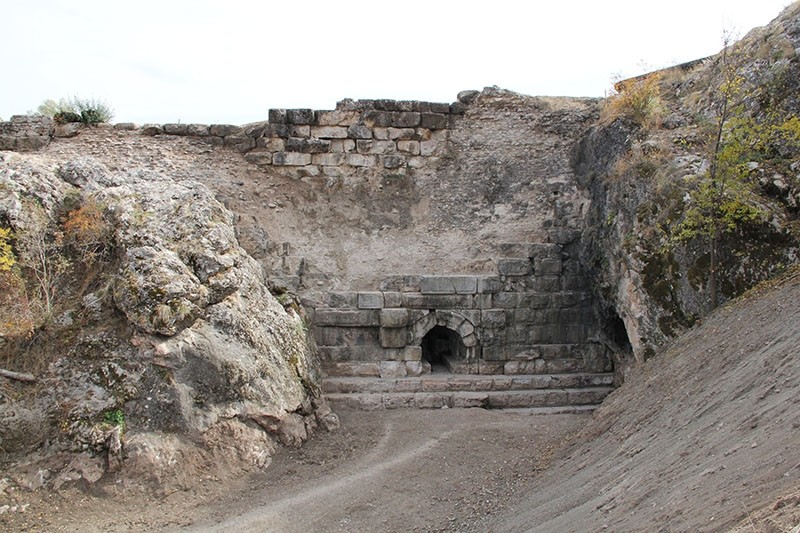 Northern Turkey's ancient Örükaya Dam may shed light on climate and vegetation changes in the region after renovation work is finished, scientists said.

The dam, located in the Alaca district of the Çorum province, is believed to be 2,200 years old, most likely built under Roman administration after the Persian Mithridatic dynasty's Pontiac Empire fell under the republic's state system in 65 B.C.

Scientists will examine the soil in certain parts of the dam, where they believe earth has built up continuously for two millennia.

The results of soil and plant analysis may reveal important information about how the natural habitat of the region has changed over time.

"For example, we will be able to learn about climate change and plant life from the past 200 years," Örükaya Archeological Research Project Scientific Adviser Associate Emine Sökmen told Ihlas News Agency.

Little is known about how the Mithridatic dynasty was conquered, and archeologists hope excavation of the dam will lead to historical discoveries in this regard as well.

Expecting to find artifacts unique to the region, archaeologists hope to learn more about the cultural stratification of the settlement area, as well as construction techniques of the dam.

The dam itself is a masonry masterpiece. Unlike other dam systems from that area, this structure seems to have been used as a fountain building with arched drainage at its middle.

Preliminary planning for restoring the dam will begin in the coming year, said Sökmen. As the most costly part of the project, its start has been delayed by funding requests.

Government officials and locals hope the dam's restoration will attract visitors to the site.

Nearby Alacahöyük, Şapinuva and Hattusa historical sites are also under restoration, to be converted into archaeological parks.

Mithridatic kings came to the mid-Black Sea region after the Iron Age. Their empire's culture was Hellenized, and Greek became the official language. Mithridates VI the Great was the most successful Mithridatic king, extending the empire to the Aegean coast and northern edge of the Black Sea.

The Pontiac Empire was conquered by Pompey of the Roman Republic in 65 B.C. but continued as a client state until its annexation by the Roman Empire under Nero in 62 A.D. Rome established the provinces of Bithynia, Pontos, Galatia in the area.