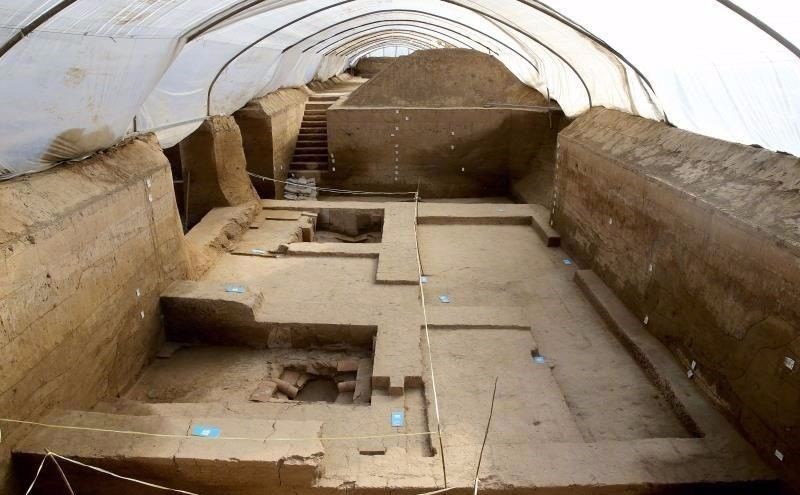 The three ancient sites were likely used by multiple dynasties, according to Liu Rui, a researcher at the Chinese Academy of Sciences' Institute of Archeology (CAS).

"These baths could be the earliest baths discovered in China," said Liu, adding that the site "is the first royal bath of the Qin state we've found with such complete drainage."

Yanliang district's ancient Yueyang city served as the capital of the Qin state during the Warring States Period between 475-221 B.C.

One of the baths is thought to have been used exclusively by the Qin king and his consort, adjoined to the family quarters of the palace.

"The shape, structure and size of the baths were very similar to the baths in the imperial palace of Xianyang, capital during the Qin Dynasty," Liu said.

Excavations at the site began in 2013, led by a team of 12 archeologists from both the CAS institute and the Xi'an Institute of Cultural Relics Protection.

So far, diggers have uncovered three palaces, with the three baths located in the center of the 4.6-square-kilometer complex.