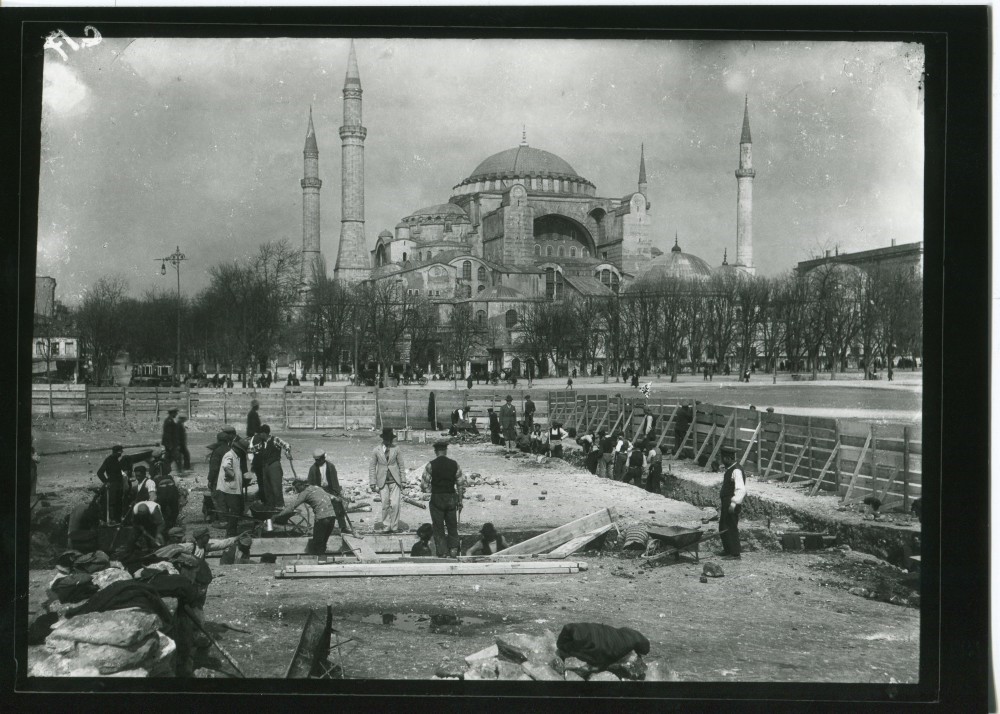 The Istanbul Research Institute will hold an international symposium, Discovering Byzantium in Istanbul: Scholars, Institutions and Challenges, 1800-1955, to mark the 10th anniversary of its establishment. The symposium, which focuses on the development of Byzantine studies in the 19th and early 20th century in Istanbul, is free of charge in Pera Museum's auditorium.

It will be held from Nov. 16 to Nov. 18 at the Pera Museum auditorium, and is organized under the direction of Olivier Delouis and Brigitte Pitarakis, both from the Centre National de la Recherche Scientifique (CNRS) in Paris. The reasons and incentives that inspire studies of the Byzantium Empire, which Constantine founded in 330 A.D., the methods of scientists' accessing the monuments and material richness of Constantinople, the issues of which works are allowed to be examined on what conditions will be discussed in the symposium. Besides international scientific competition, the activities of newly established foreign institutes and museums and the research perspectives of local scientists are among the topics that will be discussed at the symposium.

The symposium begins with the emergence of major archaeological exploration tours in the Eastern Mediterranean. This period, including the Ottoman Empire and modern Turkey, ends with the 10th International Congress of Byzantine Research in Istanbul for the first time. Participants aim to introduce new and unknown research sources to the scientific world through evaluating archival materials in their countries.

Lora Gerd from the Russian Sciences Academy's St. Petersburg History Institute, George Vassiadis from Royal Holloway College at the University of London, Peter Schreiner from Cologne University, Nevra Necipoğlu from Boğaziçi University, Leina Kouneni from St. Andrews University and Holger Klein from Columbia University are among the participants of the symposium, the opening speech of which will be given by Edhem Eldem, titled "The Ottoman (Re) Discovery of Byzantium."

Long Friday concert by Galata Music ProjectsA concert titled Rum Composers: Contantinopolis Breathes, Istanbul Sounds is being held as part of the symposium, as well. The Galata Music Projects will present the works of 19th century Ottoman Greek composers and their music style, which features melodic richness and artistic sensitivity. It builds a contemporary and living musical bridge with the multicultural structure of the city. The concert will be at Pera Cafe on Nov. 17 at 7:30 p.m. and is free of charge. The talk will be in English with simultaneous Turkish translation.