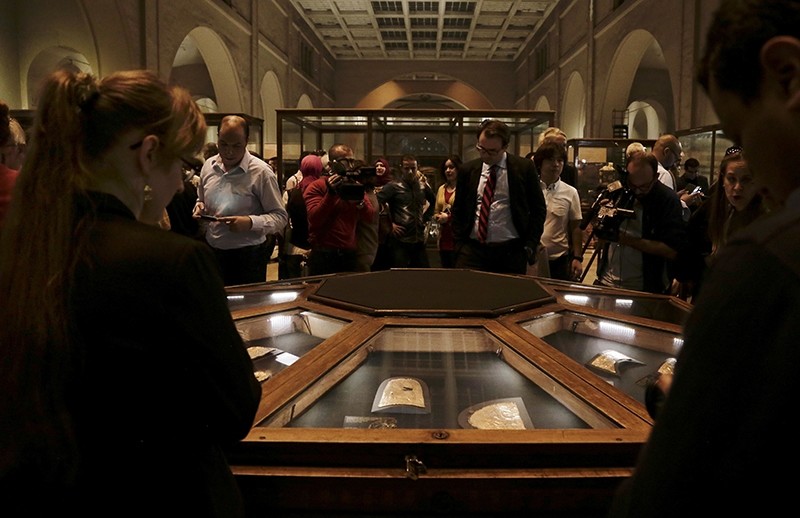 At least 55 pieces of fabric decorated with gold that were found in the tomb of the pharaoh, better known as King Tut, will be exhibited in public for the first time since its discovery in 1922, said German conservator Christian Eckmann.

He said the pieces had been kept in storage at the Egyptian Museum in Cairo for some 95 years, without being restored or scientifically examined.

He said the artifacts attest to the network of social and cultural connections which have characterized the eastern Mediterranean going back to antiquity.

"Those pieces are connected to the chariots of Tutankhamun," he said. "They were unfortunately in a very bad state of condition."

Some depict traditional Egyptian motifs, while others feature designs that were widespread throughout the eastern Mediterranean in the second millennium B.C., he said.

Antiquities Minister Khaled el-Anani inaugurated the exhibition to mark the 115th anniversary of the Egyptian Museum in Cairo.

Howard Carter discovered Tutankhamun's near-intact tomb in the Valley of the Kings. The king's mummified body was in a golden coffin surrounded by precious goods.

Tutankhamun ruled Egypt more than 3,000 years ago. The discovery of the tomb made him Egypt's most famous pharaoh, and inspired a wave of interest in the country's ancient civilization.