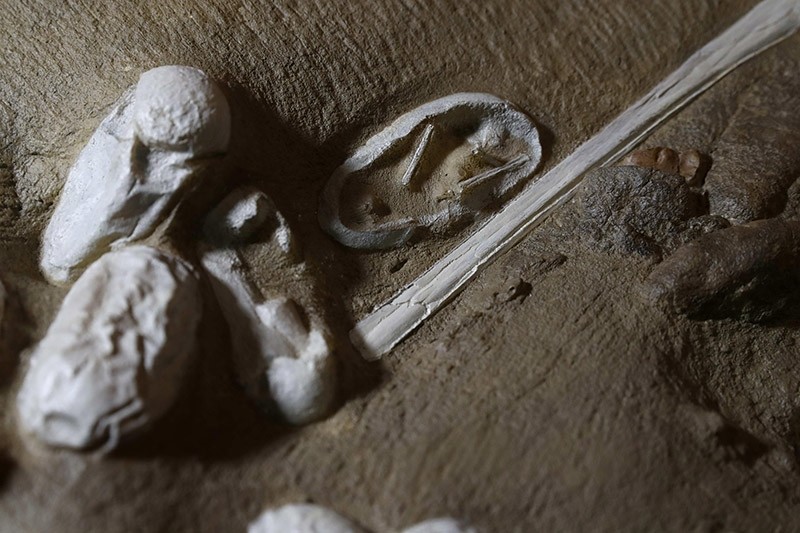 Brazilian and Chinese researchers present over 300 pterosaur eggs found at the Hami region, China ( EPA Photo)
by reuters
Dec 01, 2017 12:00 am

A dazzling discovery in northwestern China of hundreds of fossilized pterosaur eggs is providing fresh understanding of these flying reptiles that lived alongside the dinosaurs including evidence that their babies were born flightless and needed parental care.

Scientists said on Thursday they unearthed 215 eggs of the fish-eating Hamipterus tianshanensis -- a species whose adults had a crest atop an elongated skull, pointy teeth and a wingspan of more than 11 feet (3.5 meters) -- including 16 eggs containing partial embryonic remains. 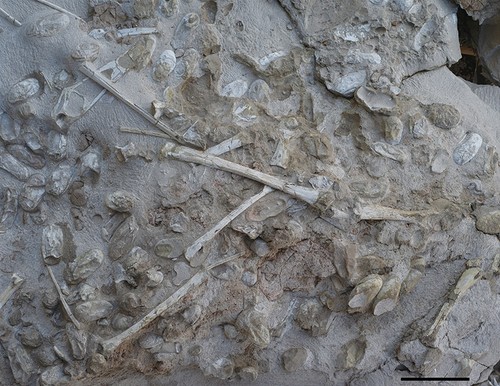 Fossils of hundreds of male and female adult Hamipterus individuals were found alongside juveniles and eggs at the Xinjiang Uygur Autonomous Region site, making this Cretaceous Period species that lived 120 million years ago perhaps the best understood of all pterosaurs.

"We want to call this region 'Pterosaur Eden,'" said paleontologist Shunxing Jiang of the Chinese Academy of Sciences' Institute of Vertebrate Paleontology and Paleoanthropology.

Until now, no pterosaur eggs had been found with embryos preserved in three dimensions. Researchers think up to 300 eggs may be present, some buried under the exposed fossils.

"Some birds can fly on the same day they break out from the egg, while some others will need a long period of parental care. Our conclusion is that a baby Hamipterus can walk but can't fly," Jiang said, an unexpected finding.

The researchers believe these pterosaurs lived in a bustling colony near a large freshwater lake. Kellner cited evidence that females gathered together to lay eggs in nesting colonies and returned over the years to the same nesting site.

They suspect the eggs and some juvenile and adult individuals were washed away from a nesting site in a storm and into the lake, where they were preserved and later fossilized. 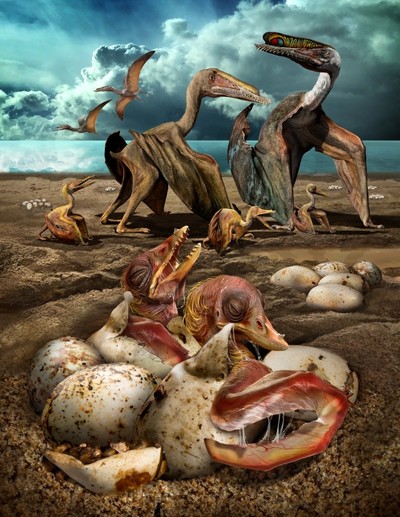 The oblong eggs, up to about 3 inches (7.2 cm) long, were pliable with a thin, hard outer layer marked by cracking and crazing covering a thick membrane inner layer, resembling soft eggs of some modern snakes and lizards.

There had been a paucity of pterosaur eggs and embryos in the paleontological record because it is difficult for soft-shelled eggs to fossilize.

The research was published in the journal Science.