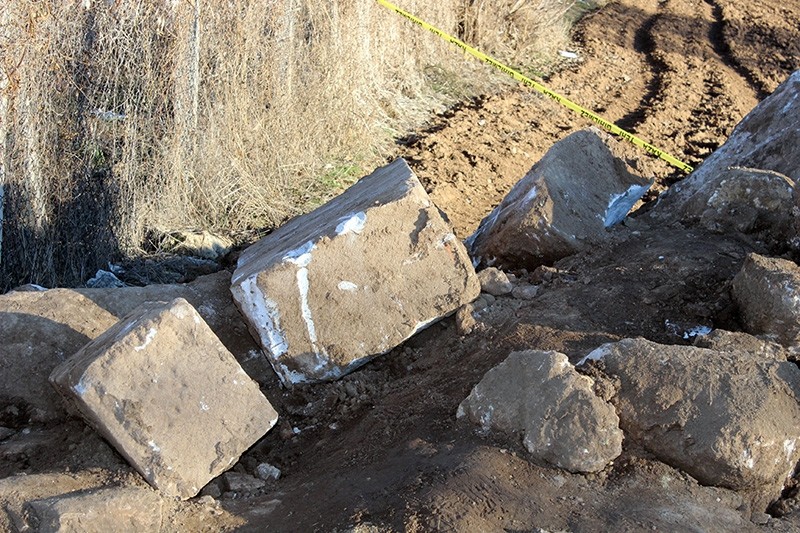 1,500-year-old historical remains dating back to the Late Roman period was discovered by municipality workers during sewerage work in western Turkey's Denizli province on Thursday.

Sewerage work was immediately halted upon the discovery and the scene was closed for the recovery efforts by police units and museum workers.

The Denizli Museum Directorate confirmed after a detailed examination that the column pieces were approximately 1,500-years-old, adding that further research will be conducted at the excavation site.