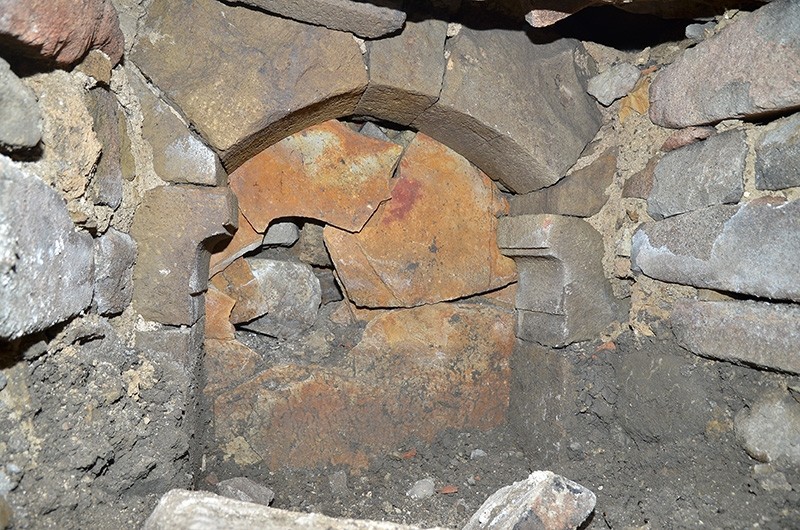 A Turkish bath and an underground bazaar were discovered Friday during pavement works in northern Turkey's Çorum province.

Technical experts from the Çorum Museum Directorate launched a detailed examination, confirming that initial findings suggested the remains were probably a Turkish bath and an underground bazaar dating back to the Ottoman Empire.

"According to historical records, the building is probably a century older than the nearby Ulu Mosque which dates back to the 1800s," the directorate said without giving further details.

The directorate also said that the remains could be covering a much larger area than currently unearthed, adding that in this case serious expropriation work would be needed around the site.

Currently, the site has been closed to traffic as precaution, while pedestrians are still allowed to use the street.