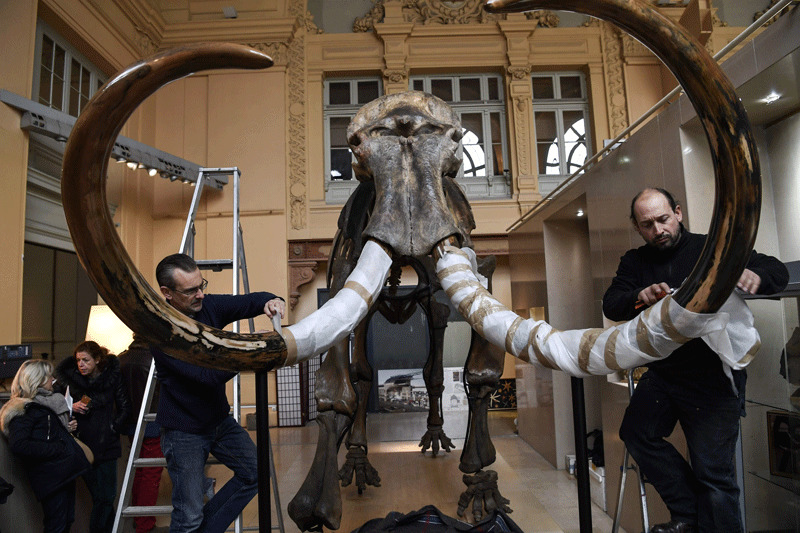 The nearly intact skeleton of a woolly mammoth that lived at least 10,000 years ago was sold at auction for more than a half million euros Saturday in the southeastern French city of Lyon.

The giant skeleton -- mounted in a forward walking position with its enormous curved tusks with tones of caramel and ivory facing slightly downward -- was bought by the chief executive of a French waterproofing company whose logo is of the prehistoric mammal.

"We are going to display it in the lobby of our firm," said Pierre-Etienne Bindschedler, the CEO of Soprema. "I think we have enough room".

One of the largest specimens ever found, the mammoth skeleton measures a little over three metres (10 feet) in height and was estimated to sell for at least 450,000 euros because of its "fine condition", remarkable because it retained 80 percent of its original bones. 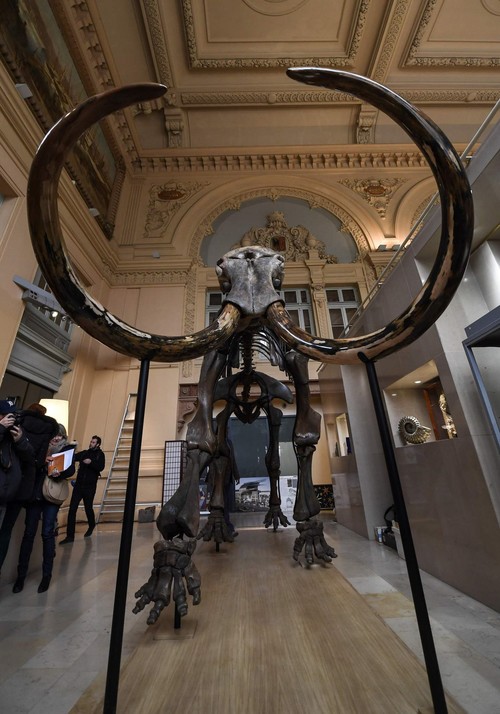 The skeleton, unearthed about 10 years ago in northwest Siberia, belonged to a hunter who had preserved the remains at his home.

Woolly mammoths were once among the most common herbivores in North America and Siberia, but came under threat from increased hunting pressure and a warming climate. They disappeared from the Earth 3,700 years ago.

Mammoth remains are frequently discovered in Siberia and Russia's extreme northern regions where they are preserved in the frozen earth.

The first complete mammoth skeleton to be sold at auction in France garnered 150,000 euros in 2006. Another was sold in October 2012 in Paris for 240,750 euros at an auction organised by Sotheby's.