Remains of exiled Italian king arrive in Italy from Egypt 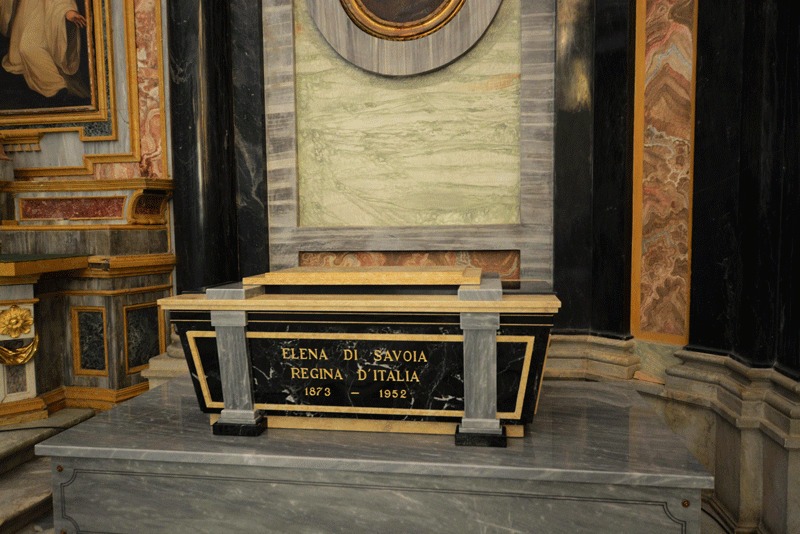 A view of the chapel of San Bernardo inside the Basilica of the Vicoforte sanctuary, where the corpse of Queen Elena di Savoia was received and where the remains of King Vittorio Emanuele III of Savoia will be placed (AP Photo)
by Daily Sabah with AP Dec 17, 2017 12:00 am

The remains of exiled former Italian King Victor Emmanuel III have arrived in northwest Italy, from Egypt, for interment in a family mausoleum.

The royal House of Savoy's flag covered the coffin Sunday upon arrival at a basilica in Vicoforte, near the town of Cuneo.

Italy's post-war Constitution banned male descendants of the royals from Italian soil because the family had supported dictator Benito Mussolini. The ban was lifted in 2002. 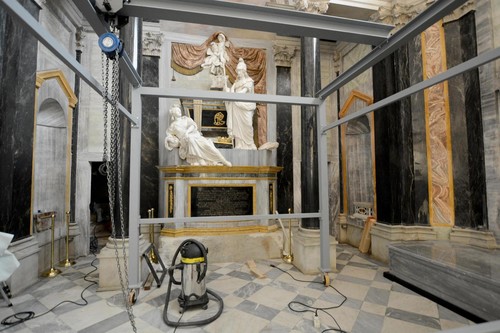 The remains arrived from St. Catherine's Cathedral in Alessandria, Egypt, where Victor Emmanuel died in 1947.

A day earlier, the remains of his wife, Queen Elena, were transferred to Vicoforte from France, where she died in 1959.

Victor Emmanuel, who ruled from 1900-1946, abdicated his throne in 1946 in favour of his son Umberto II, hoping to strengthen support for the monarchy against an ultimately successful referendum to abolish it. He then went in exile to Alexandria, Egypt, where he died and was buried the following year.