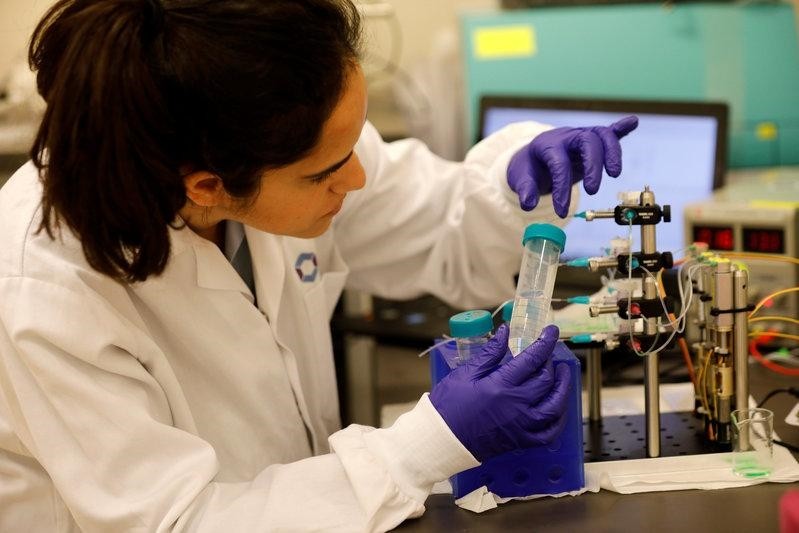 It took more than 10 years of painstaking work, grinding an Australian rock containing fossils smaller than the eye could see, to confirm the earliest direct evidence of life on Earth, scientists said Monday.

The 3.5-billion-year-old microscopic fossils -- many only as wide as a human hair -- are described in the Proceedings of the National Academy of Sciences, a peer-reviewed U.S. journal.

Other teams of scientists have reported even earlier signs of fossil life, going back 3.9 billion years.

But those studies are based on either an apparent shape of a microfossil, or a chemical trace -- not both.

"None of these studies are regarded as proof of life," lead author John Valley, professor of geoscience at the University of Wisconsin-Madison, told AFP.

"This is the first, oldest place where we have both morphology and the chemical fingerprint of life."

Eleven kinds of microbes, preserved in both their cylindrical or squiggly structures and chemical signatures, are preserved in the rock.

Some of the bacteria are now extinct, while others are similar to contemporary microbes.

The tiny fossils were found in 1982 from the Apex chert deposit of Western Australia.

Two scientific papers were published on its apparent microbial contents -- one in 1993 and another in 2002.

But critics raised questions, suggesting instead they were not life but odd minerals that merely looked like biological specimens.

So Valley and his fellow researchers, including co-author William Schopf, professor of paleobiology at the University of California, Los Angeles (UCLA) spent a decade developing a technique to tease apart the contents of the tiny fossils.

Researchers at the University of Wisconsin-Madison modified a tool, called a secondary ion mass spectrometer (SIMS), to grind down the original sample one micrometer at a time, without destroying the fossils which were "suspended at different levels within the rock and encased in a hard layer of quartz," said the report.

"Each microfossil is about 10 micrometers wide; eight of them could fit along the width of a human hair."

The technique allowed scientists to detect ratios of carbon-12 from the carbon-13 within each fossil, and compare them to a section of the rock which had no fossils.

"The differences in carbon isotope ratios correlate with their shapes," Valley explained.

"If they're not biological there is no reason for such a correlation."