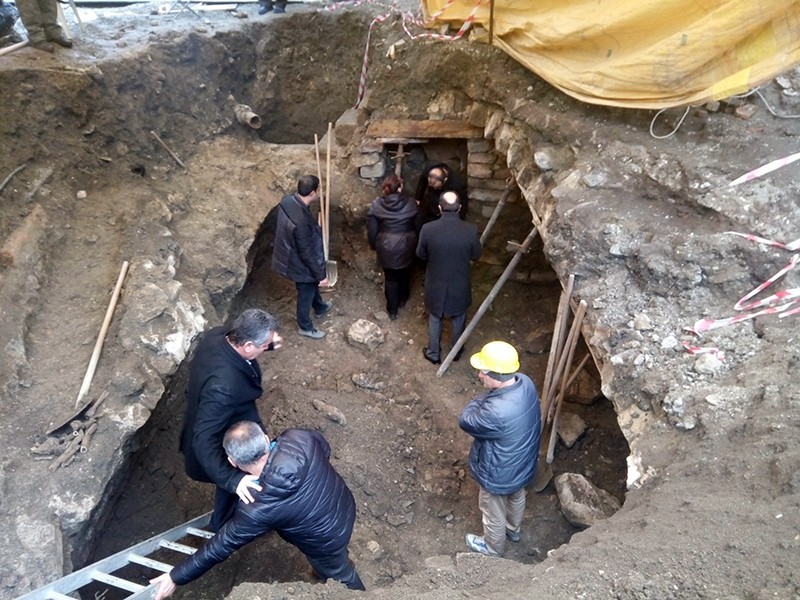 Construction workers in Turkey's central Çorum province have discovered a tunnel, which is thought to be an underground city in the past, reports said Thursday.

Workers carrying out landscape work in İskilip district informed the local museum officials after discovering the tunnel, which had an Ottoman-era shop, Doğan News Agency reported.

Çorum Provincial Culture and Tourism Director Ömer Arslan told reporters that travel notes of European travelers who visited the city in 1842 show that they had examined the manuscripts from that period.

Further research also revealed that İskilip district had a population of 43,000, and there were numerous mosques, six madrasas, a town hall, five libraries, a market place and 510 stores.

"The structure we found in the tunnel is one of 510 stores" Arslan said, adding that there are other structures from different civilizations buried under the ground.

The stores are reportedly buried 2.5 meters under the ground and excavation work is expected to be launched after necessary procedures are completed.

İskilip Mayor Recep Çatma noted that the discovery will change the historical fabric of the district, while he thanked archaeologists for their extensive work.
Çorum is known for its wealth of Phrygian and Hittite archaeological sites. The region rose to prominence with the rise of the Hittite Empire between 1650-1200 BC, as arts and local economy began to develop and flourish.

The region was also home to capital of the Hittite Empire, Hattusa, during the late Bronze Age, given its strategic geographic position and established "Karum" or "trade post" economic system.