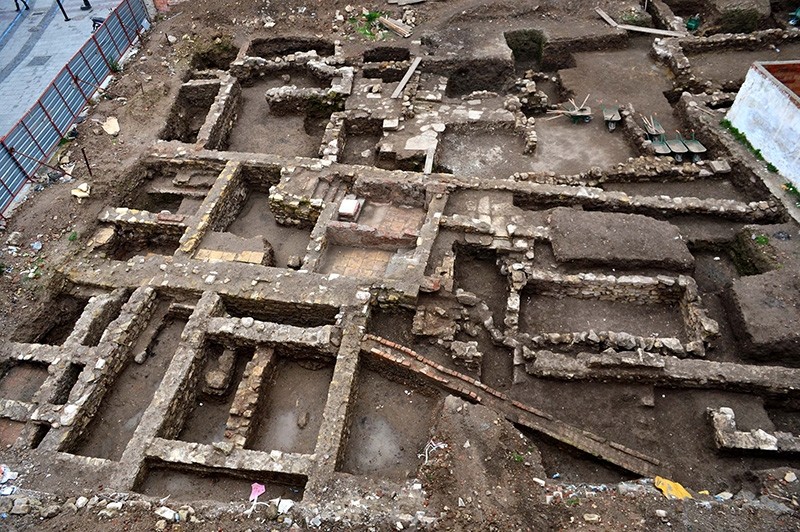 Workers of a private company discovered the historical remains at the construction site of a planned shopping mall in Çanakkale's Fevzipaşa neighborhood, local media reported.

Officials of the Provincial Directorate of Culture and Natural Heritage were immediately informed upon the discovery.

After a detailed drilling operation, experts said that the ceramic structures dated back around 200 years and the coins belonged to the late Ottoman-era.

Provincial Culture and Tourism Director Kemal Dokuz confirmed to press representatives that the historical remains were dating back to the last quarter of the 19th century and the second quarter of the 20th century, adding that the ongoing drilling activities under the control of the Provincial Museum Directorate would come to an end this weekend.