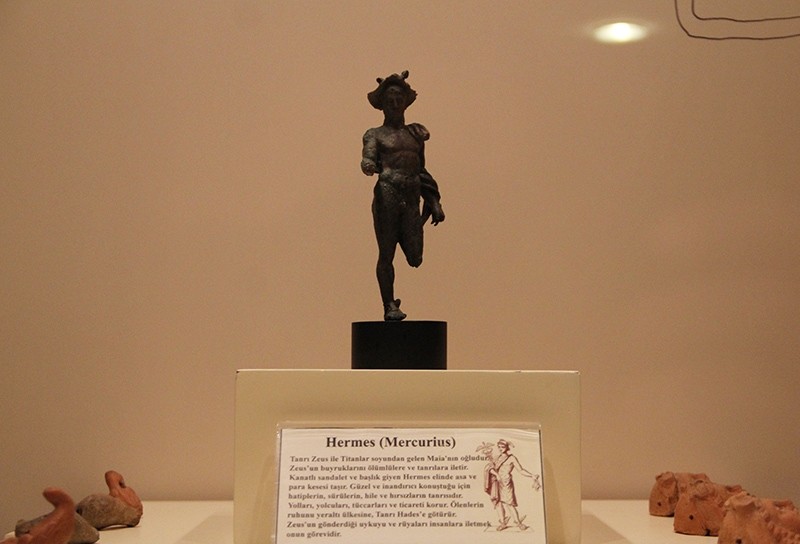 A farmer from Turkey's central Çorum province found a 2,000-year-old statuette dating back to the Roman period while working in the field, a report said Tuesday.

Following the discovery, the man handed it over to the Çorum Archeological Museum, where it was renovated and added to the museum's collection.

According to the report, the farmer was later rewarded in accordance with Turkey's Law on the Protection of Cultural and Natural Assets, which aims to prevent smuggling of historical artifacts and preservation of cultural assets.

Hermes is known as the ancient Greek god of trade, wealth, thieves and travelers.