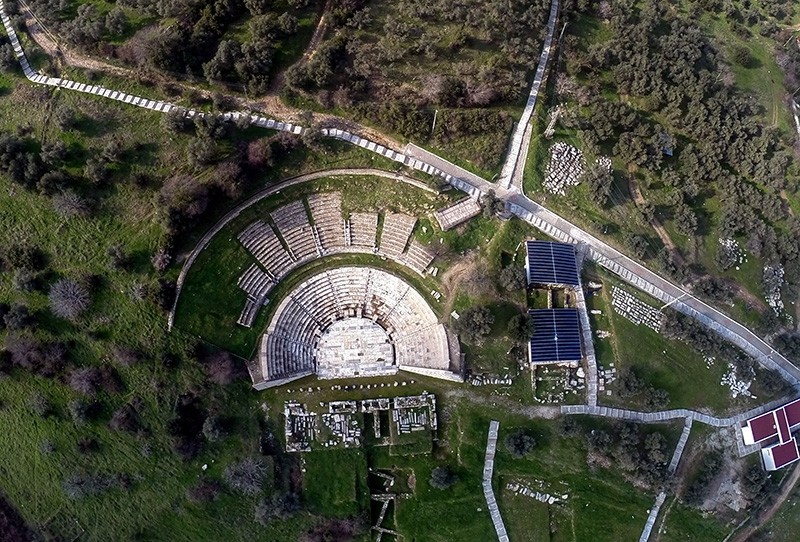 Aerial view of the ancient city of Metropolis, located in Izmir province (AA Photo)
by Daily Sabah Jan 02, 2018 12:00 am

The burial chambers were discovered during excavations in the ancient city of Metropolis in Torbalı district, about 40 km southeast of İzmir.

The discovery marks the first time mass burials are found in the ancient city, as previously unearthed graves made specifically for each individual.

The lamps were reportedly buried with the dead person with the aim to "light up his/her way" in the afterlife. 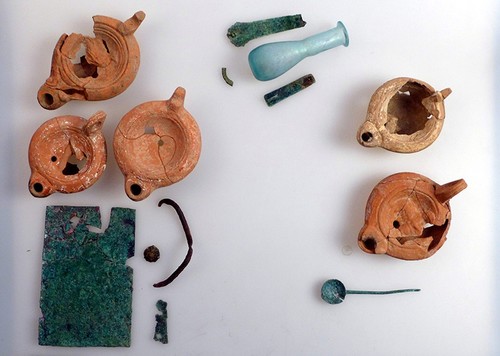 Excavation leader Professor Serdar Aybek said that the burial chambers give important clues about cultural and social practices of the people who lived in Metropolis.

"The concept of family in Metropolis after the 1st century AD was based on strong foundations, and was well-regarded," Aybek said, adding that the fortresses indicate that the city played a key role in trade activities in the region.

The excavations, led in cooperation with the Sabancı Foundation have been completed, shedding light on mysteries regarding life, trade and social practices in Metropolis.

Over 11,000 artifacts have been unearthed from the ancient city during the excavations.

The history of Metropolis dates back to the Neolithic period. The city hosted a number of civilizations, including the Hittites, Hellenistic, Roman, Byzantine and Ottoman empires.