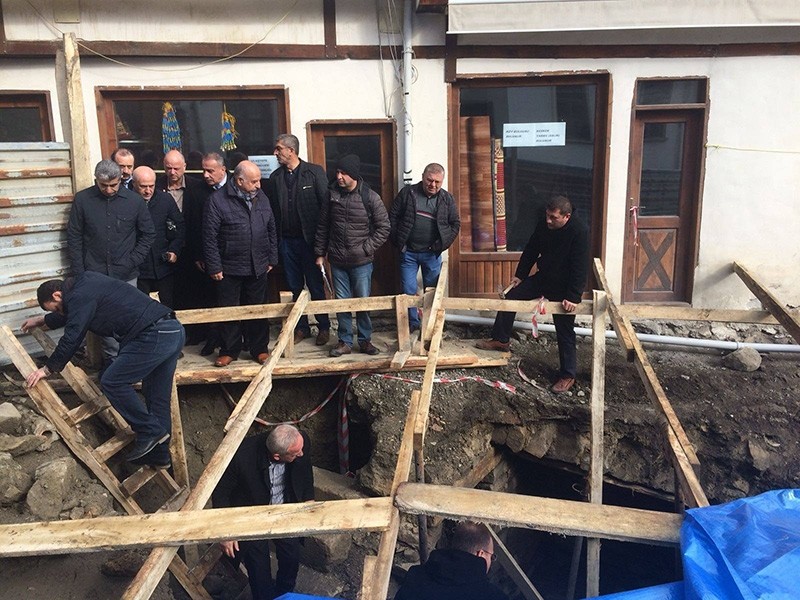 Municipal workers carrying out infrastructure work in Turkey's central Çorum province discovered a sepulcher containing bones from the 13th century A.D. and work has been launched to identify the remains, reports said Thursday.

The burial chamber was found in Çorum's İskilip district, and initial findings indicated that the bones belonged to an adult and a child, Ihlas News Agency reported.

Experts from the provincial cultural and tourism directorate and the museum directorate have launched excavations to unearth the sepulcher, located around 1.5 meters underground.

Officials noted that they are taking necessary measures to protect the area and will expropriate the private property above the burial chamber.

İskilip Mayor Recep Çatma said that the burial chamber is significant for the district as it is believed to be from the late Seljuk or early Ottoman period.

In December, construction workers in the same district discovered a tunnel leading to an underground city.

Çorum is known for its wealth of Phrygian and Hittite archaeological sites. The region rose to prominence with the rise of the Hittite Empire between 1650-1200 BC, as arts and local economy began to develop and flourish.

The region was also home to the capital of the Hittite Empire, Hattusa, during the late Bronze Age, given its strategic geographic position and established "Karum" or "trade post" economic system.