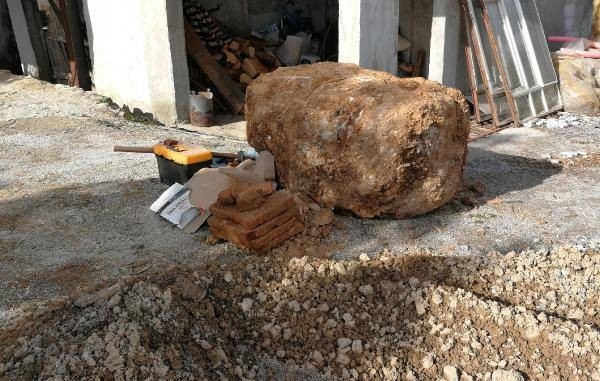 Workers carrying out excavations for the State Hydraulic Works as part of a closed circuit irrigation system in southern Turkey have discovered an ancient tomb believed to be from the Roman or Byzantine periods, reports said Thursday.

Reports noted that there were pieces of a red amphora and other ancient artifacts inside the tomb.

Experts are expected to carry out analysis to determine the exact period in which the tomb is from, reports said.

Mersin, a Mediterranean port city lying near the proximity of Cyprus in the south, was inhabited as early as the seventh century B.C. An important route in the Mediterranean trade and a strategic location, Mersin was home to civilizations and states from Hittites, Assyrians and Persians before it was incorporated into the Roman province of Cilicia.