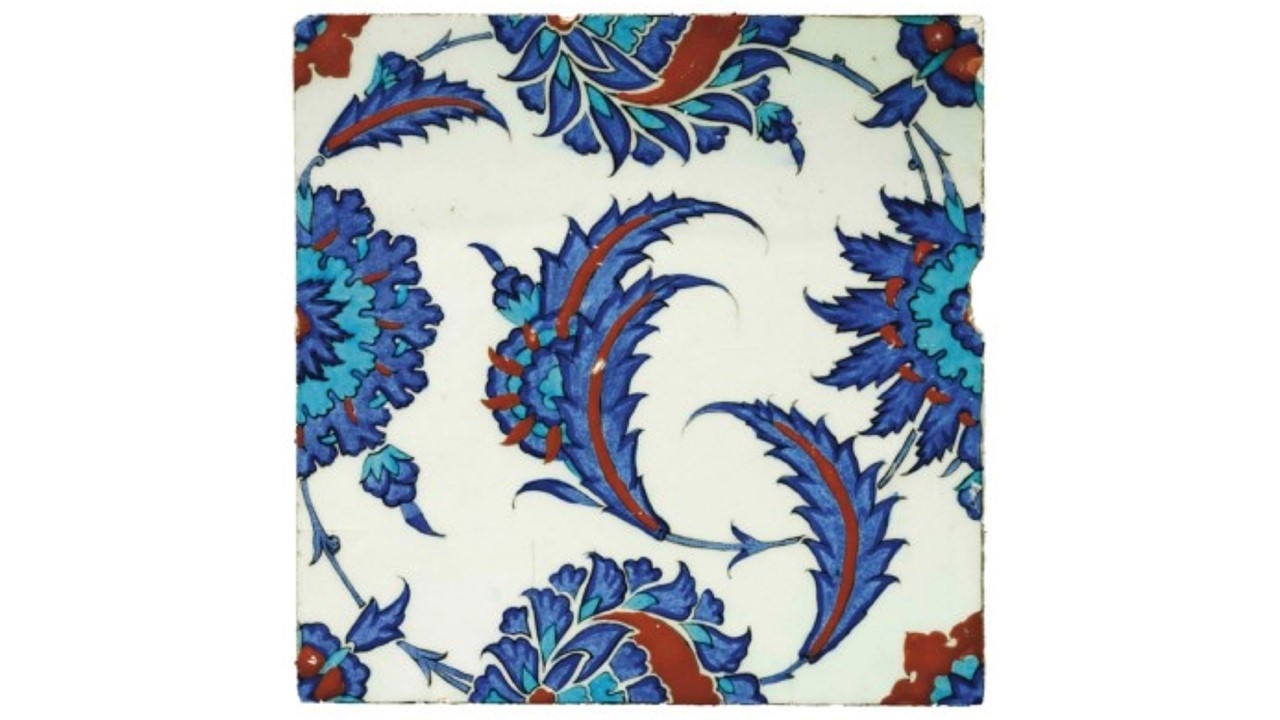 A piece of Iznik pottery, produced with a ceramics technique popular at the time of Sultan Suleiman the Magnificent, was recently returned to Turkey from England. (AA Photo)
by Anadolu Agency Feb 01, 2018 12:00 am

As part of Turkey's ongoing efforts to get back antiquities taken from the country, a work of pottery and a manuscript are among the latest pieces to be repatriated.

The journey of the manuscript from England to Turkey came after Turkey's Culture Ministry investigated reports it might have been shown at an auction in England.

After it was identified as a manuscript recorded in Yusuf Ağa Manuscripts Library in Turkey's central Konya province, its sale was stopped and it returned to Turkey late last year.

A piece of Iznik pottery, produced with a ceramics technique popular at the time of Sultan Suleiman the Magnificent, was also recently returned.

The piece, auctioned in England on Oct. 6, 2011, was returned to Turkey after its owner handed over the artifact to the London Metropolitan Police for its repatriation, and it arrived in Turkey last September.

Forty-four pieces were returned to Turkey last year, according to Culture and Tourism Minister Numan Kurtulmuş.

Now on display at the Museum of Anatolian Civilizations, the Golden Crown and Mountain Goat Figurine, both thousands of years old, are among that group.

The Tomb of Hercules was also repatriated to Turkey from Switzerland last year.

Turkey is continuing its efforts for the return of another 55 artifacts.