Two invaluable artifacts back in homeland 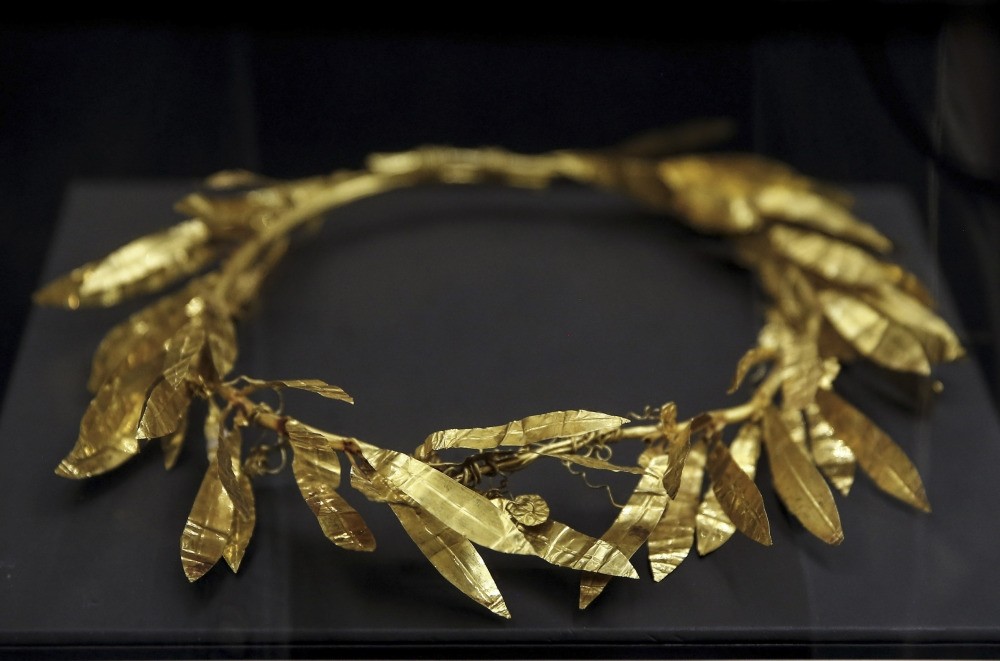 Two invaluable historical artifacts that originated in Anatolia, the Golden Crown and the Chamois Figurine, have been returned to Turkey, decreasing the list of the items the government is expecting to 55

An introductory ceremony for the Golden Crown and the Chamois Figurine, which are among the historical artifacts that have been returned to Turkey, was held recently, with the participation of Minister of Culture and Tourism Numan Kurtulmuş. He said it is not possible to prevent the smuggling of historical artifacts without sincere collaboration between countries as happens in terror incidents.

Noting that the Golden Crown, which belongs to the 2,400-year-old Carians period, was brought from Scotland to Turkey last week, Kurtulmuş reported that the piece is very rare and unprecedented. The Golden Crown is a memory that was left on the grave of a rich person in ancient times.

Explaining that efforts were made to secure the return of the Chamois Figurine, which was smuggled abroad from a museum in Erzurum province, he mentioned that this historical artifact dates to 2,000 B.C.

Noting that with the Chamois figure being returned, the number of works they are expecting decreased from 56 to 55, Kurtulmuş indicated they will make more efforts to ensure the return of other pieces as quickly as possible.

"Mafia-like organizations have been smuggling historical artifacts from their own countries and creating a market for it all along. Unfortunately, these works are on display in some art galleries or museums in some countries including the ones that seem to give great importance to art. These smugglers continue to do it since people ignore the reality. Some works have been smuggled from our country, as well, and they are on display abroad. We know that many big museums of the world exhibit artifacts belonging to these lands," said Kurtulmuş. "We work sensitively for the return of historical artifacts. The aim of this meeting is to show the entire world that we are in a struggle for them. We are like spies after them. We follow all the processes about them and get results thanks to our efforts."

Call from minister to world

Indicating that the worse result of the war in Syria will be the destruction of historical beauties in Damascus, Aleppo and other historical cities, Kurtulmuş stressed that the history there will be smuggled and could end up on display in major museums in Europe.

Addressing the international community, the minister added: "As the modern world, we should protect the cultural heritage of humanity, collaborating in harmony.

We should stop the smuggling of historical artifacts. Increasing collaborations not only in criminal and diplomatic fields but also in the cultural area are necessary to do it. Every artifact is good in its own lands. I am honored to say that Turkey has pulled ahead. I want to repeat: 'We are like spies after our artifacts'."

Work for the return of the Golden Crown, which was seized in Scotland's Edinburg province from three Turkish citizens, started in 2010. As there existed no criminological data about the smuggling of the artifact abroad, it was not possible for Scotland to file a criminal suit for them.

In 2013, a capita opened a "multiplepoinding" suit, which is the ownership declaratory action in Scottish law, against the Turkish ministry. After the ministry presented arguments showing that the artifact belongs to Turkey as evidence. The capita the demand, and the artifact was given to Turkey by a Scottish judge. This satisfactory result stems from the great efforts of the ministry and is a good and important development for the return of cultural artifacts to their homeland.

It was determined that an artifact found by German and French police in France was a bronze piece smuggled from the Erzurum Museum. This artifact was dated to 2000 B.C. and was being sought around the world through the Interpol's Database of Stolen Works of Art.

The evidence and scientific reports that show the artifact was stolen from Turkey were sent to relevant departments, prepared with the coordination of Turkey's Interior Ministry and Paris Culture and Introduction Consultancy. 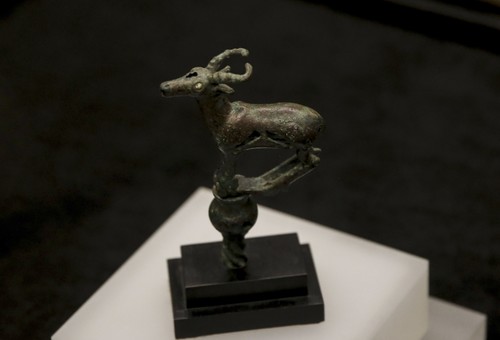 The person who kept the chamois figure delivered it

to Paris Culture and Introduction Consultancy in good faith after learning in light of the evidence that it was smuggled. The artifact was then put under protection and was taken to the Turkish Embassy in Paris.

The bronze figurine was delivered to the Anatolian Civilizations Museum in Ankara, escorted by the experts from the ministry, where it is now on display.