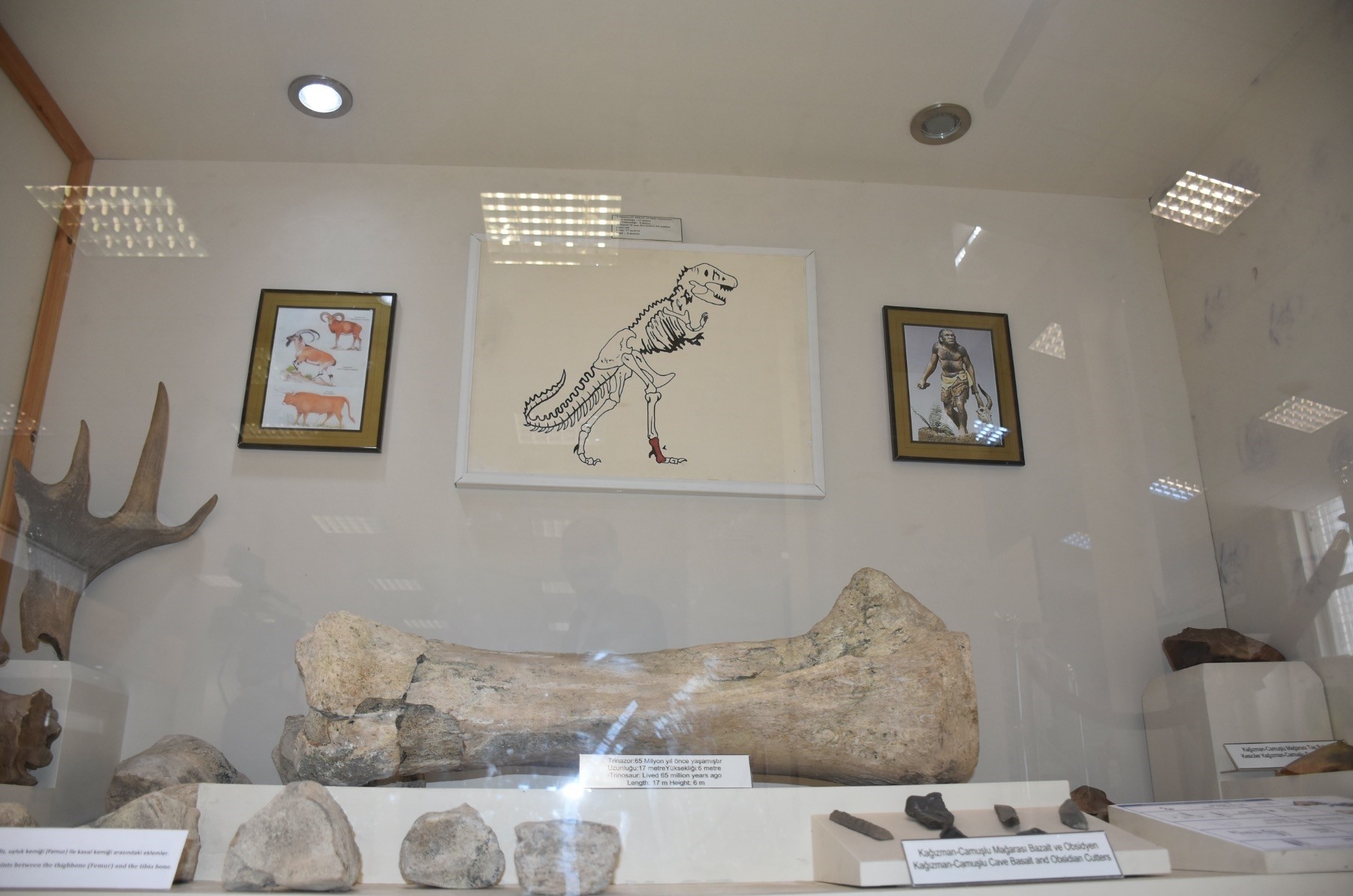 The fossil, which was unearthed in an excavation in the village of Demirkent in Kars provinceu2019s Akyaka district, belongs to a dinosaur from the Tyrannosaurus genus that lived 65 million years ago.
by Anadolu Agency Feb 14, 2018 12:00 am

A 40 kilogram fossil from a member of a Tyrannosaurus type dinosaur, which lived 65 million years ago, is exhibited at the Kars Archaeological Museum in eastern Anatolia

The fossilized ankle bones of a dinosaur that lived 65 million years ago is being exhibited at the Kars Archaeological Museum in eastern Anatolia. The museum in the İstasyon neighborhood since 1981 is among the leading museums where archaeological, ethnographic and stone works are on display. Stone blades from the Paleolithic era, dinosaur fossils, metal work, Urartian coins, Roman, Byzantine, Christian and Seljuk artifacts and grain cubes and stone pieces are also on display at the museum. However, international and domestic visitors have shown interest in the Tyrannosaurus ankle fossil most. 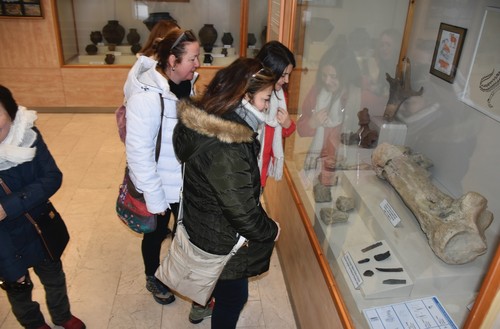 International and domestic visitors have shown interest in the Tyrannosaurus ankle fossil most among other pieces at the Kars Archaeological Museum.

It was determined that the fossil, which was unearthed in an excavation in the village of Demirkent in Kars province's Akyaka district, belongs to a dinosaur from the Tyrannosaur genus that lived 65 million years ago.

Kars Museum Director Necmettin Alp told Anadolu Agency (AA) that the dinosaur fossil is one of the oldest pieces at the museum. "The fossil is an Iguanodon. Its tarsus is 40 kilograms and was found in Kalkankale by shepherds in 1989.

"Our museum was informed about the fossil, and we did an excavation. The dinosaur fossil and other items were taken to the museum after the excavation and they have been exhibited ever since. None of the museums in eastern Anatolia have a fossil like this. The dinosaur fossil is one of the important pieces of our museum. Our visitors look at it with great interest, asking about it, as they wonder where it came from. This gives charm to our museum."

Ayşe Ocak, a first-time visitor to the museum, said: "Kars is an extraordinary city because of its history. I saw remains of a dinosaur for the first time in this museum."

Mahir Büküşoğlu, another first-time visitor from Istanbul, also said he saw the bones of the dinosaur up close, adding: "I saw a bone of a dinosaur for the first time and it drew my attention. We heard about them in documentaries before. There are some dinosaur fossils in different countries. It is clear that they existed all over the world."