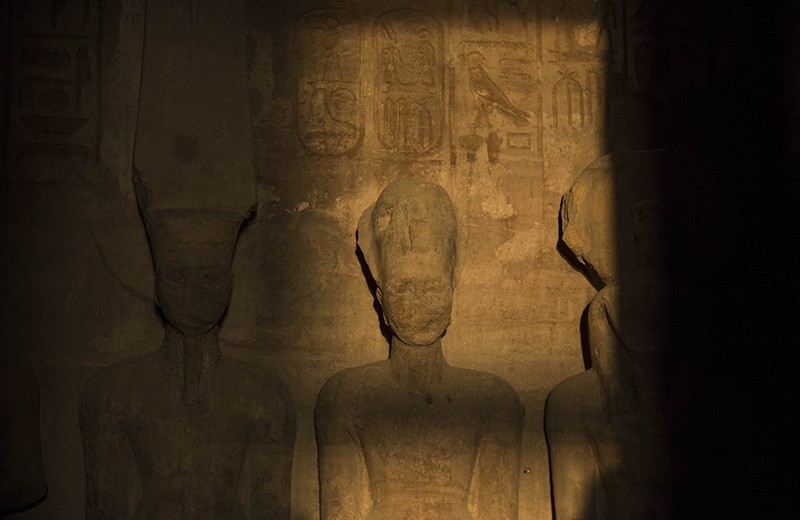 Sunbeams illuminated the face of an ancient statue of Ramses II for 20 minutes on Thursday -- a solar phenomenon that occurs two times a year in the Temple of Abu Simbel in the Egyptian city of Aswan, marking the king's birthday

Every Feb. 22 and Oct. 22, the sun passes over the temple's entrance, showering sunbeams onto the faces of the pharaoh and his companions.

The bi-annual phenomenon coincides with Egypt's sowing and harvest seasons, with the October date commemorating the pharaoh's coronation.

Hossam Aboud, the Egyptian official responsible for the temple's upkeep, said the spectacle was attended by more than 3,000 tourists on Thursday. 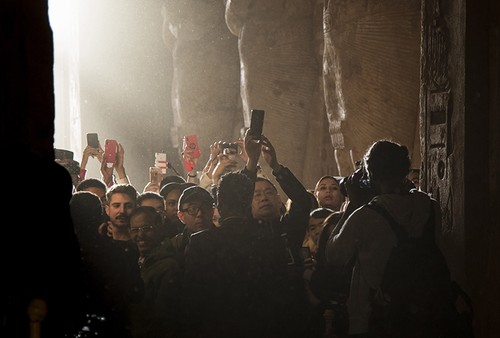 According to Aboud, the phenomenon serves as a powerful reminder of the high degree of astronomical progress recorded by the ancient Egyptians.

The solar phenomenon was first discovered in the modern era in 1874 by English explorer Emilia Edwards -- an experience she recorded in her book, A Thousand Miles Above the Nile.