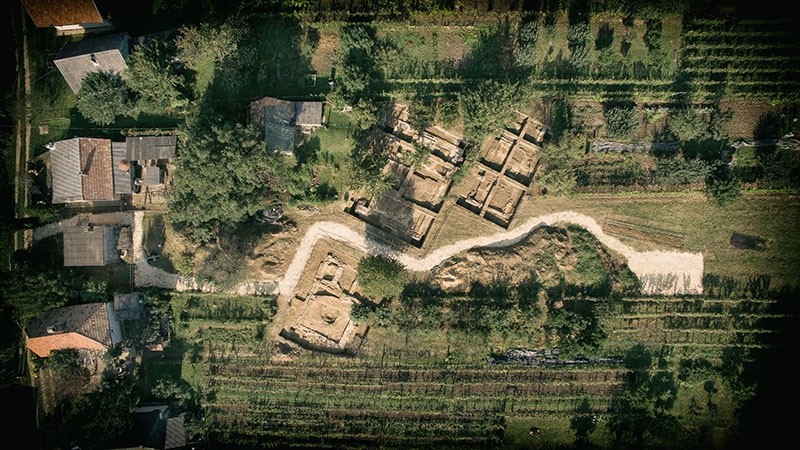 A medieval map showing the location of the lost tomb of 16th century Ottoman Sultan Suleiman the Magnificent in Hungary has been discovered, a leading researcher said Wednesday, noting that the map will be soon be put up for auction.

Dr. Norbert Pap, head of the department of Political Geography, Regional and Development Studies at the University of Pecs, told Anadolu Agency that a map dated 1689, drawn by an Italian engineer Leandro Anguissola shows the region in a detailed manner, including Suleiman's tomb containing his internal organs.

No other map describes the tomb's exact location that clearly, Pap said, adding that the map, belonging to a person who wishes to remain anonymous, will be put up for auction at the Venator & Hanstein auction house in Germany's Cologne on March 16, starting with a bid of 45,000 euros.

Pap said that the auction house contacted him due to his role as the leader of the excavation team to locate the tomb on the countryside of the southern Hungarian city of Szigetvar, and asked him to interpret buildings shown on the map, which identically match those discovered during the excavations, in addition to roads in the region that exist even today.

Anguissola's map details the geographic nature of the Austrian military campaign that retook Szigetvar from the Ottomans, including walls, important campaign locations, roads and fortresses. 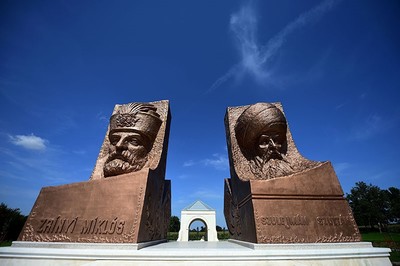 Until his death at the age of 71, Suleiman was the longest reigning sultan of the Ottoman Empire and presided over its golden age for 46 years. As well as military conquests in Europe, the Middle East and North Africa, he instituted major legislative reforms and was a keen patron of the arts and technology.

During Suleiman's rule, the Ottomans defeated the Kingdom of Hungary, then their strongest opponents in eastern and central Europe in various crucial battles and sieges, ruling most of northern Serbia and Croatia, Transylvania, and modern day Hungary for 150 years.

Suleiman died in 1566 while his troops were besieging the fortress of Szigetvar in southern Hungary. His death was kept secret for 48 days to prevent his troops from giving up the fight.

To prevent his body from rotting, Suleiman's heart and internal organs were buried in the spot where his imperial tent was erected.

When the campaign ended, his body was taken back to Constantinople, as Istanbul was then known, where it is still entombed at the Süleymaniye Mosque, one of the city's best-known sights.

The tomb was later established at the site, and around the tomb the town of Turbek (türbe in Turkish, meaning tomb) grew, the only settlement that the Ottomans built from scratch during their reign in Hungary.

At the end of the 17th century, however, both the town and the tomb were wiped off the map by the Habsburgs.

The search for the tomb began in the early 20th century, but its discovery did not take place until 2015, after three years of efforts in a project initiated by the Turkish Cooperation and Coordination Agency (TİKA), which included the Middle East Technical University (ODTÜ), Turkish researchers and the Hungarian Academy of Sciences.

In 2016, the remains of a mosque constructed upon the order of famous Ottoman vizier Sokullu Mehmet Pasha and a dervish lodge were discovered in the area.