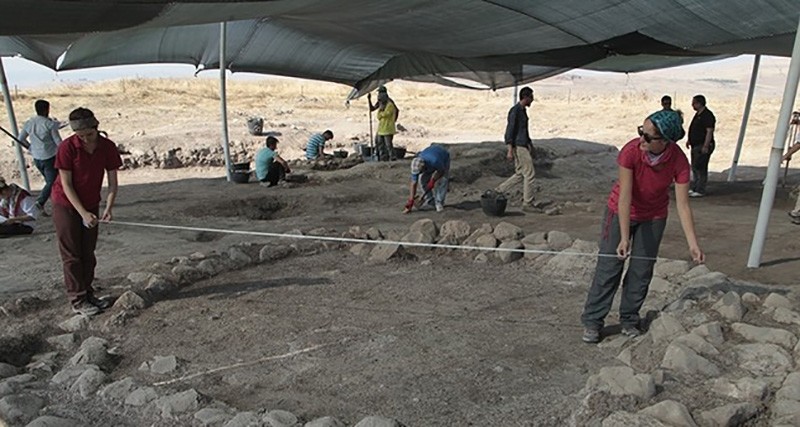 Archeologists uncovered traces of the roots of Sumer civilization in Turkey's Kahramanmarau015f province during excavations in August 2017. (AA Photo)
by Mar 20, 2018 12:00 am

An Italo-Iraqi archaeological mission has unearthed the ruins of a 4,000-year-old Sumerian port in Mesopotamia, a major discovery that could offer fresh insights into the world's most ancient civilization.

Sumerians settled in Mesopotamia, an area of modern Iraq known as the cradle of civilization, more than 6,000 years ago, where they invented writing, the wheel, the plough, irrigation, the 24-hour day and the first city-states.

Mission co-leaders Licia Romano and Franco D'Agostino of Rome's Sapienza University said Tuesday they discovered one of their ancient ports in Abu Tbeirah, a desert site about 7 kilometers (4.3 miles) south of the town of Nasiriyah.

"It is the most ancient port ever to be excavated in Iraq, since the only remains of a port to have been investigated are in [nearby] Ur, but are from about 2,000 years later," they said in a joint statement.

The port's basin, measuring 130 meters (142 yards) in length and 40 meters (44 yards) wide, with a capacity equal to nine Olympics-sized pools, may have also served as a giant reservoir and as a tank to contain river flooding.

Its discovery suggests that Sumerian city-states remained connected to the delta of the Tigris and Euphrates rivers until much later than previously thought, D'Agostino told DPA by phone.

It could also help archaeologists shed light on the great climate change shock of around 2200 BC that is presumed to have caused a huge drought in Mesopotamia, bringing about the end of the Sumerian civilization.