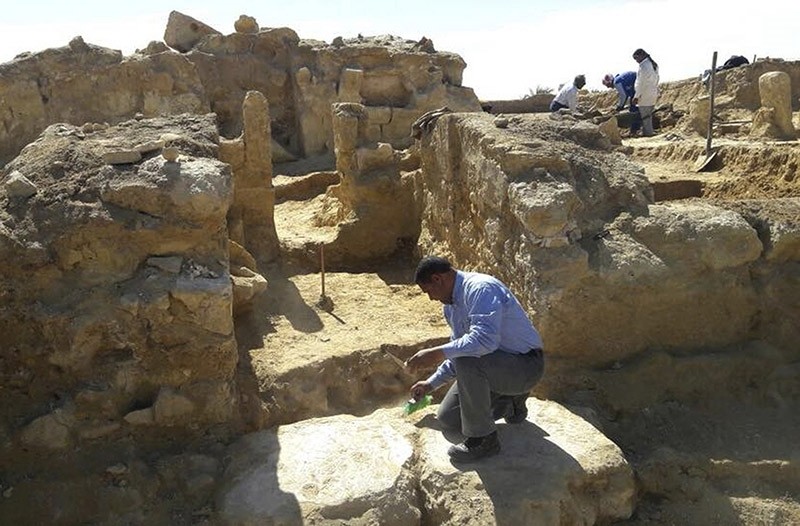 This undated photo released by the Egyptian Ministry of Antiquities shows archeologists working at the site of the remains of a temple dating back to the Greco-Roman period in the country's western desert, some 50km west of Siwa Oasis. (AP Photo)
by Associated Press Apr 05, 2018 12:00 am

Archaeologists have unearthed the remains of a temple in Egypt's western desert dating back to the Greco-Roman period, the Antiquities Ministry said Wednesday.

It said the uncovered part includes stone walls and the temple's main entrance, which leads to a courtyard and entrances to other chambers. It says excavation is still underway at the site, near the Siwa oasis and the border with Libya.

Head archaeologist Abdel-Aziz al-Demiri says statues depicting a man and lions, as well as pottery fragments and coins, were also found at the site. The remains date to between the second century B.C. and the third century A.D.