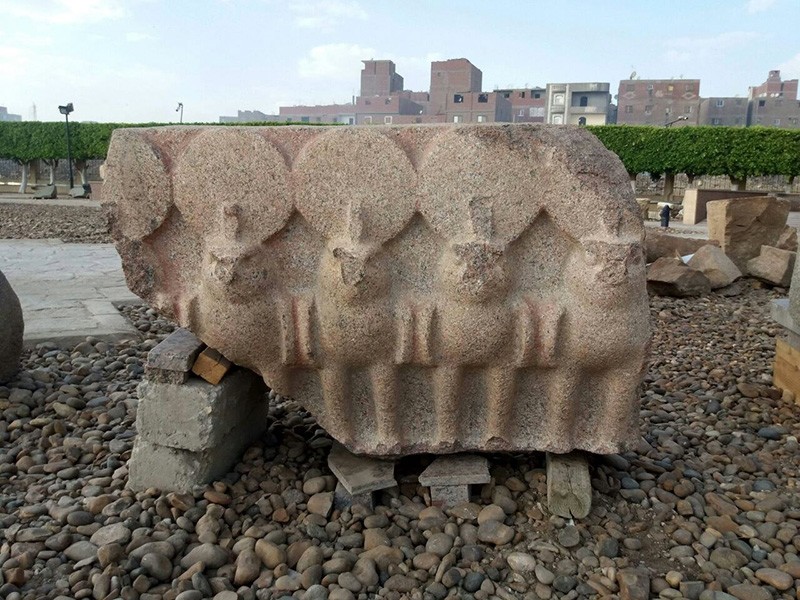 An undated handout photo made available by the Egyptian Ministry of Antiquities shows fragments from King Psamtik I colossus that was discovered a year earlier by an Egyptian-German mission at Heliopolis, Cairo (EPA Photo)
by Apr 15, 2018 12:00 am

One year after the discovery of the torso of a colossal statue of lesser known pharaoh Psamtik I, a team of Egyptian and German scientists have unearthed further pieces in Cairo.

New excavations brought the remains to light, the University of Leipzig announced on Friday.

Dietrich Raue, curator of the Egyptian Museum in Leipzig, said the excavation works are now finished.

The team is considering a reconstruction of the figure of Psamtik I, who ruled 664-610 B.C.

Archaeologists unearthed the first parts of the massive statue on March 9, 2017, in the working-class neighborhood of al-Matariya in eastern Cairo.

They initially believed that it depicted Ramesses II, one of ancient Egypt's most powerful pharaohs.

Further excavations works are now planned in sites some 400 to 600 meters away from the current plot.

The scientists hope to gain insight into the way temple complexes were used.