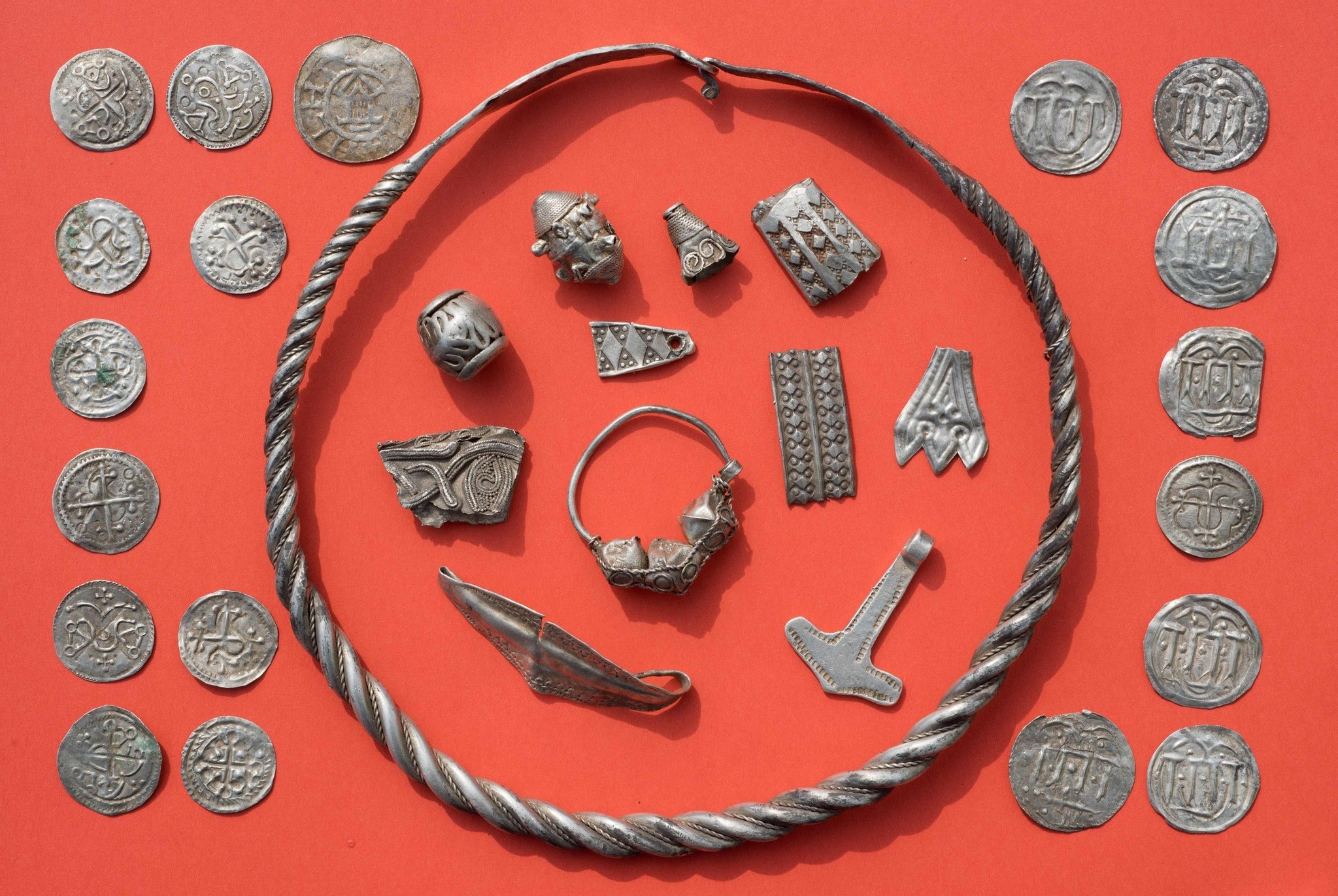 A 13-year-old boy and an amateur archeologist have unearthed a "significant" treasure trove in Germany which may have belonged to the legendary Danish king Harald Bluetooth who brought Christianity to Denmark.

Rene Schoen and his student Luca Malaschnitschenko were looking for treasure using metal detectors in January on northern Ruegen island when they chanced upon what they initially thought was a worthless piece of aluminum.

But upon closer inspection, they realized that it was a shimmering piece of silver, German media reported.

A dig covering 400 square meters (4,300 square feet) that finally started over the weekend by the regional archeology service has since uncovered a trove believed linked to the Danish king who reigned from around 958 to 986.

Braided necklaces, pearls, brooches, a Thor's hammer, rings and up to 600 chipped coins were found, including more than 100 that date back to Bluetooth's era.

The oldest coin found in the trove is a Damascus dirham dating to 714 while the most recent is a penny dating to 983.

The find suggests that the treasure may have been buried in the late 980s -- also the period when Bluetooth was known to have fled to Pomerania where he died in 987.

"We have here the rare case of a discovery that appears to corroborate historical sources," said archeologist Detlef Jantzen. 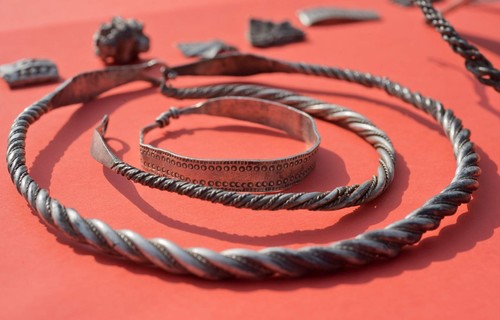 Bluetooth is credited with unifying Denmark. The Viking-born king also turned his back on old Norse religion and introduced Christianity to the Nordic country.

But he was forced to flee to Pomerania after a rebellion led by his son Sven Gabelbart.

He was one of the last Viking kings of what is now Denmark, northern Germany, southern Sweden and parts of Norway.

His nickname came from the fact he had a dead tooth that looked bluish, but it's now best known for the wireless Bluetooth technology invented by Swedish telecom company Ericsson. The company named the technology, developed to wirelessly unite computers with cellular devices, after him for his ability to unite ancient Scandinavia.

The technology logo carries the runic letters for his initials HB.