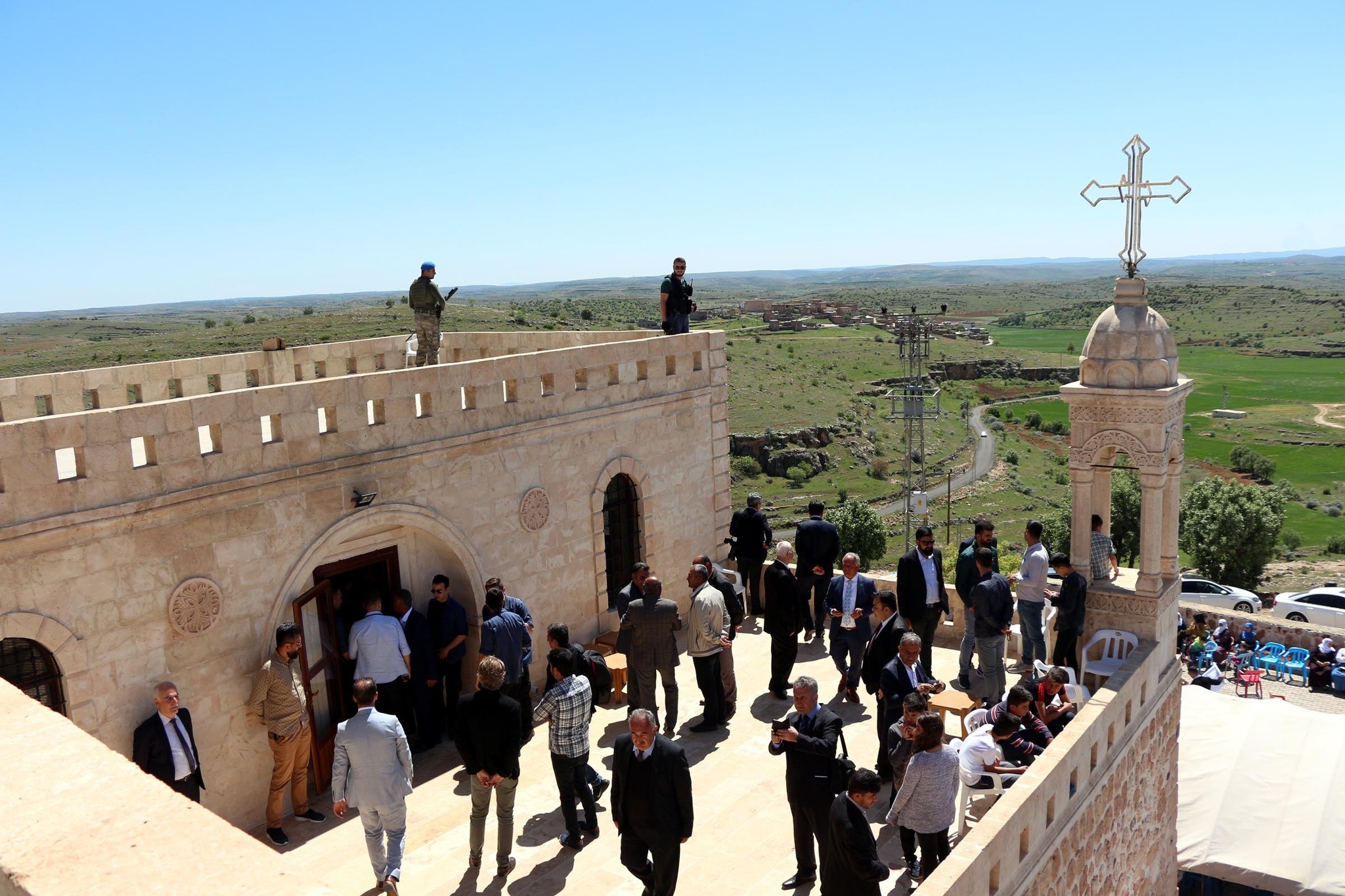 A sixth-century Assyrian monastery in southeastern Batman province opened on Monday some 100 years after being abandoned.

The monastery, founded by Mor Aho, an Assyrian monk who lived between 575-600 B.C., was left abandoned during the relocation of the Ottoman Armenians in 1915. Turkish authorities started its renovation last year to open the monastery for the small Assyrian community living in Batman's Gercüş district.

Speaking at the opening ceremony of the monastery, Syriac Orthodox priest of Mor Yakup monastery in Mardin's Midyat, Edip Daniel Savci said the renovation was made possible by officials putting in generous efforts to renovate the monastery upon the request of the Assyrian community in the region.

Believers held their first ritual in 100 years following the ceremony that was attended by Assyrians from around the world.

Assyrians are a community that traces its heritage back to ancient Mesopotamia. They speak a Semitic language distinct from Arabic. There is a beleaguered Assyrian community in Iraq, and a smaller population in Turkey.