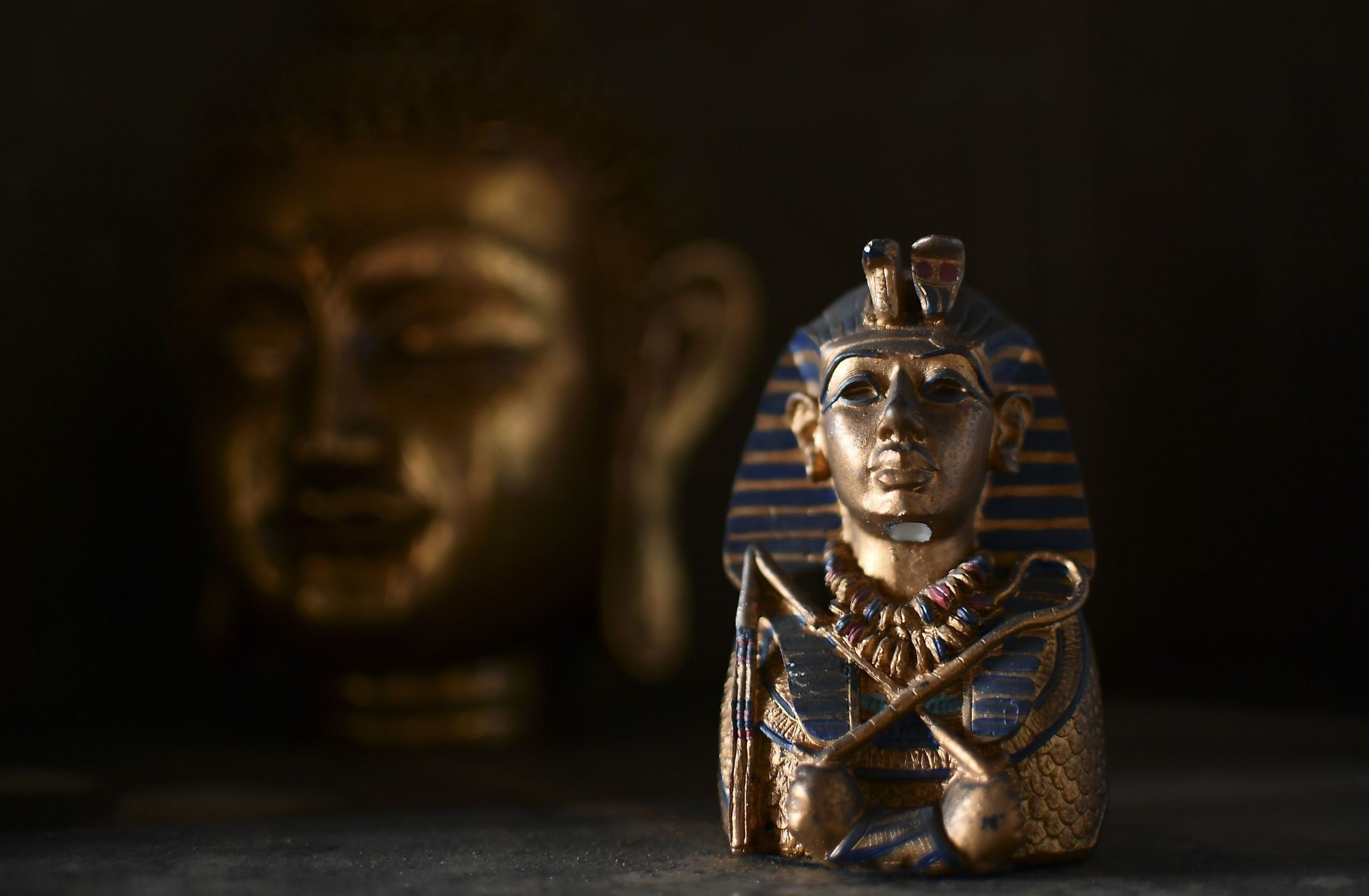 Egypt's antiquities ministry said on Sunday that tests had debunked a theory that there are hidden chambers next to the tomb of Tutankhamun in the Valley of the Kings.

Experts used ground penetrating radar (GPR) which provided "conclusive evidence of the non-existence of hidden chambers adjacent to or inside Tutankhamun's tomb," the ministry said in a statement.

More details will be announced in a speech later in the day by the head of an Italian scientific team, Francesco Porcelli, of the Polytechnic University in Turin, the statement said.

It said Porcelli had submitted a report that "concluded, with a very high degree of confidence... the hypothesis concerning the existence of hidden chambers or corridors adjacent to Tutankhamun's tomb is not supported by GPR data."

Previous scans had suggested the possibility of hidden chambers, although experts disagreed on the results. 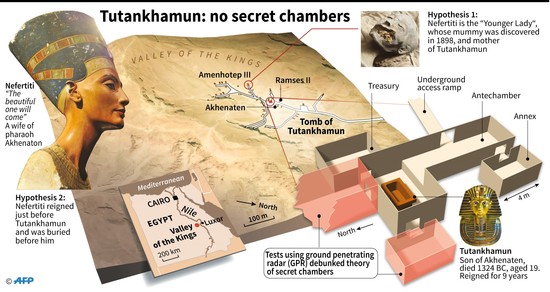 British Egyptologist Nicholas Reeves had theorized that the tomb was in fact that of Nefertiti, the wife of Tutankhamun's father, King Akhenaten.

The theory held that when the boy king died unexpectedly at a young age, he was rushed into the outer chamber of the tomb in southern Egypt.

Akhenaten was known for trying and failing to force Egypt to convert to monotheism.

DNA evidence has shown that Akhenaten was Tutankhamun's father, but Egyptologists do not agree on the identity of his mother.