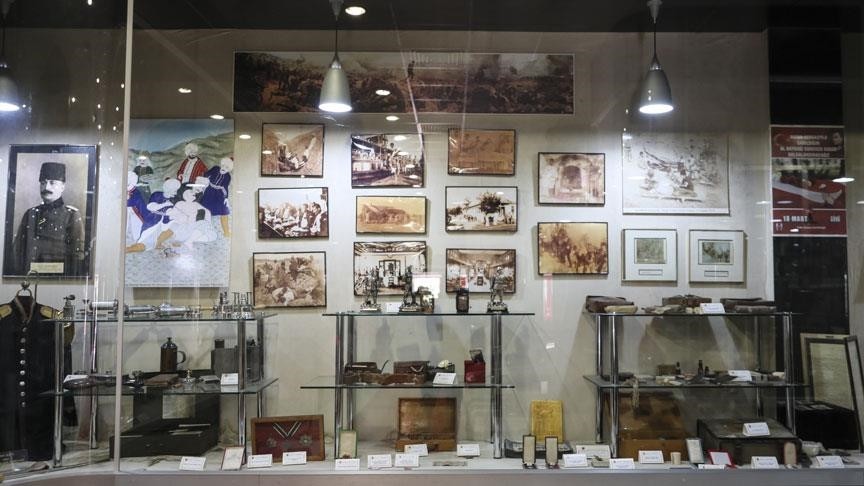 Opened in 1986, the Gülhane Medical Museum features antique objects related to the history of medicine in Turkey as well as documents about military medical practices, sanitary services, warfare surgery and a photography collection of war history.

The museum has displays featuring images depicting Ottoman medicinal practices, World War I era sanitary equipment, antique first aid kits and tents along with medicine chests, stretchers and surgical equipment used in the Gallipoli Campaign and the Turkish War of Independence and Mustafa Kemal Atatürk's dental impression. A favorite display piece is the dental chair with a built in machine designed by dentists during the War of Independence.

Housing the registration books and diplomas of the Military Medical School and examples from the school's equipment, the museum presents Cerrahiyet-ul Haniye, the first illustrated Turkish medical book, an arrangement of cauterization techniques and images of Hacı Pasha and the head physician. The museum also has original Ulus newspaper collections published between Nov. 10 and Nov. 21, 1938.

Health Sciences University's (SBU) Medical History and Deontology Department academic member Eray Yurdakul said medical education in Turkey started with the establishment of the military medical school and that Gülhane Seririyat (Clinical Instruction) Hospital, which opened in 1898 in Istanbul, was the follow-up.

After the hospital was moved to Ankara in the 1950s, the Gülhane Medical Museum was established. Yurdakul noted that the heritage of modern medical education in Turkey is reflected in the museum.

Stressing that the museum is Turkey's oldest and most comprehensive, he said the museum opened in 1986.

The medical museum, located in the Gülhanse Social Complex, was located on the ground floor of the hospital before and was moved to a single-story detached building in 2008.

Gift from German emperor on display

Giving information about the items on display in the protected areas of the museum, Yurdakul pointed out that the dental set in the cabinet near the entrance of the museum was a gift from Wilhelm II, the German emperor, and there is no other example of it in the world.Yurdakul also said the showcase detailing the evolution of prosthetic technology has four other examples but they were lost during the wars of their periods."We have the only example in the world," he continued.

Explaining one of the most interesting items in the museum is the closed stretcher, the academician said, "This closed stretcher was covered with tarpaulin to protect people from bad weather conditions in combat zones."

Remarking that Atatürk used a prosthesis later in his life which led to the dental impressions now on display, Yurdakul said: "Many of Atatürk's personal belongings are exhibited at his mausoleum, Anıtkabir. In the medical museum, his dental impressions are on display."

Remains of wars that shaped Turkey

Mentioning the original materials used in World War I, the War of Independence and the Balkan Wars in the museum, Yurdakul said the medicine chest used in the Gallipoli Campaign is one of the rarest items in the museum.

Gas masks produced to prevent horses from being affected by toxic substances used in combat zones are also on display in the museum. The items on display mostly date back to the beginning of the 1900s.

Noting that medical students follow the displays in the museum closely, Eray Yurdakul added: "Medical students from different universities learn the history of hygiene during a time of struggling against contagious diseases. Therefore, they know the materials that were used in disinfection in the past. In the showcase in the entrance of the museum, a history of contagious diseases, starting from Ancient Greece, has been mapped out for students."

The library in Gülhane Medical Museum is an important source for medical history. Works written in Ottoman, German and French dating back to the 18th or 19th centuries are among the sources from which researchers can benefit.

Asserting that the Ottoman Empire put advertisements in international newspapers before the Russo-Turkish War in 1877-1878, Yurdakul said: "These doctors' background stories, including where they worked and where they studied, are all recorded in the library. This literature is priceless and is a primary source of information from those periods."