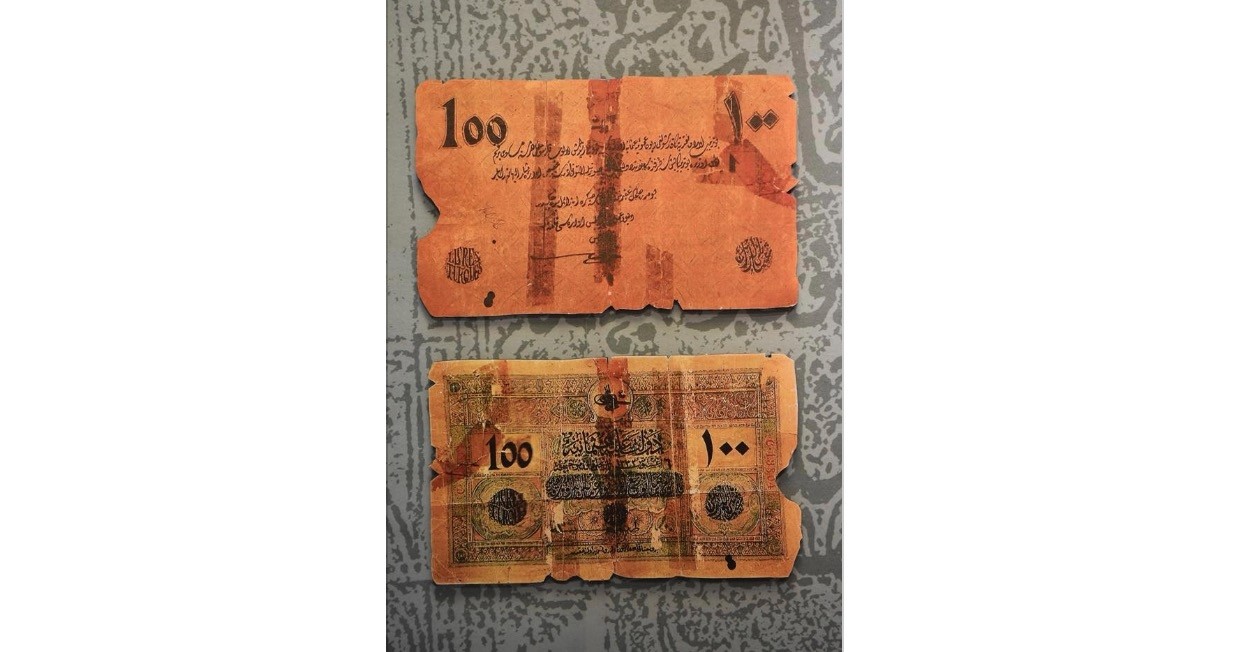 Money and shares of important periods are on display in the exhibition.
by Daily Sabah May 10, 2018 12:00 am

Economy and financial archives covering the Ottoman period to present days have become the subject of the exhibition "Financial History from Bankers of Galata to the Present," opened recently at Istanbul's Beyoğlu Municipal Art Gallery.

Opening the exhibition, Beyoğlu Mayor Ahmet Misbah Demircan said, "Beyoğlu is the center of industrialization, our commercial history, banking and insurance services. This exhibition sheds light on a different aspect of the district."

Bankers of Galata had a great effect in the Ottoman economy and daily life, with banking businesses established as early as in the second half of the 19th century. A number of historic bank documents are being showcased at the exhibition.

The opening ceremony hosted among others Alpay Tarhan, chief collector of the works on display at the exhibition. The program is organized under the auspices of the Central Bank of the Republic of Turkey (CBRT) and is supported by Vakıfbank and Halk Bank.

Beyoğlu, the center of industrialization and trade

Speaking at the inauguration, Beyoğlu Mayor Demircan said: "We describe Beyoğlu as the center of art, culture, history, architect, aesthetics and tourism. However, we miss one thing. It is also the center of industrialization, Turkey's commercial history, banking and insurance services. We know about this aspect of Beyoğlu but seldom acknowledge it. This exhibition actually features this side of the district. 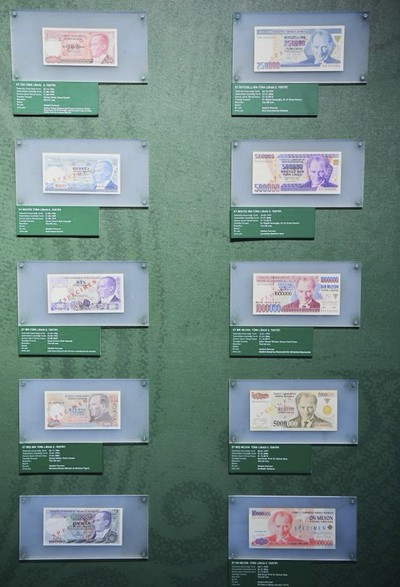 "With the Industrial Revolution, banknotes and stocks entered our lives. These came to the present through the bankers of Galata. This exhibition is very special as it brings to light how banking developed in Turkey, the evolution it went through and how it reached its current position."

Exhibition First of its kind in Turkey

Collector Alpay Trahan said the exhibition was the first of its kind in Turkey. "This is the first exhibition in Turkey to showcase these kinds of documents. In 1850, the Ottomans opened their first bank. Visitors will get to witness the adventure, which started with this bank and lead up to the country's central bank as well as the foundations of other commercial institutions in a chronological order," he said.

Historic bank notes and stock certificates, from İtibar-ı Milli Bankası (Ottoman National Bank), Bank-ı Der Saadet - established by the bankers in Galata, the CBRT and the Istanbul Stock Exchange, will be on display at the exhibition. It will also tell the story of Turkey's modern-day currency, the Turkish lira.