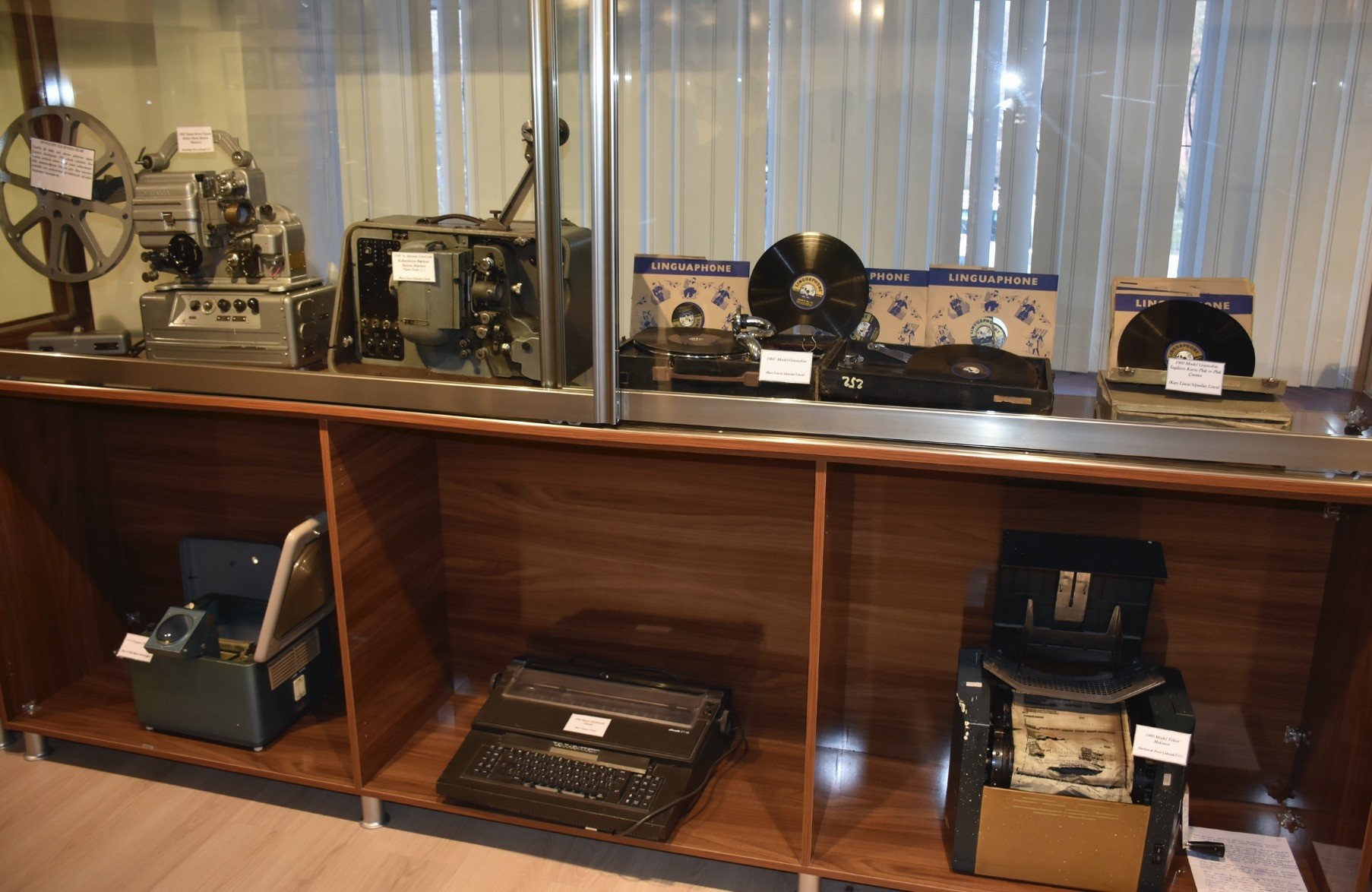 Various materials and objects that have an archival value, such as documents, publications, books, journals and brochures, are stored in the museum.
by Anadolu Agency May 14, 2018 12:00 am

The Educational History Museum, which was opened within the body of Alparslan Anatolian High School, established in Kars province 86 years ago, both reveals a rich history and takes its visitors on a journey into the past.

The Alparslan Anatolian High School joined the project which was started by the Ministry of National Education (MEB) General Directorate of Secondary Education to promote the establishment of museums that feature old school books and educational materials in historical high schools.

In the museum, which was opened with the participation of Minister of National Education İsmet Yılmaz and Minister of Transport, Maritime Affairs and Communication Ahmet Arslan, various materials and objects that have an archival value, such as documents, publications, books, journals and brochures, are stored.

Featuring nearly 160 works, the museum takes its visitors, especially students, back in time.

Alparslan Anatolian High School Director Ayhan Altun told Anadolu Agency (AA) that the school, established in 1932, is the oldest one in Kars.

Noting that the school has been serving as a boarding school since the day it was opened, Altun told, "Students from nearby cities, such as Erzurum, Iğdır, Ardahan, Artvin and Ağrı, have been attending our school since it was established."

"In 1964, the name of our school was changed for the 1000th anniversary of Sultan Alparslan's coming to Anatolia. It has served many famous teachers in literature," he continued.

Materials of museum collected from districts and villages

Explaining that the museum was prepared with the instructions of the MEB General Directorate of Secondary Education, Altun remarked, "When it was decided that museums will be opened in the oldest schools in Turkey, Provincial Directorate of National Education gave this task to us as we are the oldest school in Kars. We opened the museum with 160 materials that we collected from districts and villages of the city in six months."

"Many objects, such as typewriters, photocopiers, old archives, photos, handmade objects, a relief map made out of plaster, are on display. These were all used actively in the education in the past. Visitors have a chance to see the materials used in education. Teachers also give information about materials and in which field they were used in the past," the director added.

Melisa Deniz, one of the students, came to the high school to see the museum. She said, "We first saw the photos in the museum. Then, there were some objects about famous literary figures in Turkey. Old educational materials and report cards are exhibited. I thank our teachers who prepared the museum and all those who contributed."