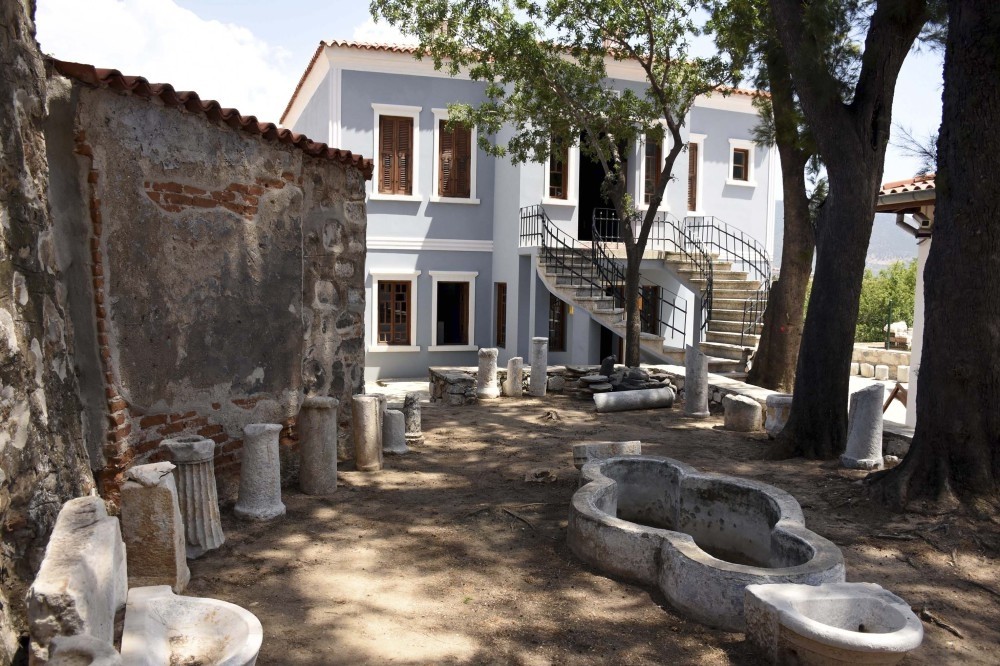 Structures from the Ottoman and Republic era are restored according to their original shapes and designs, while mosaics and historical works located in some structures are being illuminated for visitors.
by Anadolu Agency
May 22, 2018 12:00 am

A seaside oasis for history lovers, Muğla province's Milas district is now home to newly restored buildings that are sure to be popular with visiting tourists

Eight structures from the Ottoman and Republic eras, located in Uzunyuva Mausoleum Archaeological Park where the mausoleum of King Hekatomnos, which was called "the archaeological discovery of the century" when it was discovered in Milas, Muğla in 2010, have been renovated and opened for tourists.

These restorations have been carried by the Ministry of Culture and Tourism for eight years: Some historical structures are being renovated, and structures underground are being unearthed to create an open-air museum for visitors.

Work on the mausoleum of King Hekatomnos of Caria has been guided by a scientific board appointed by the General Directorate for Cultural Heritage and Museums of the Turkish Ministry of Culture and Tourism under the presidency of the Milas Museum Directorate. 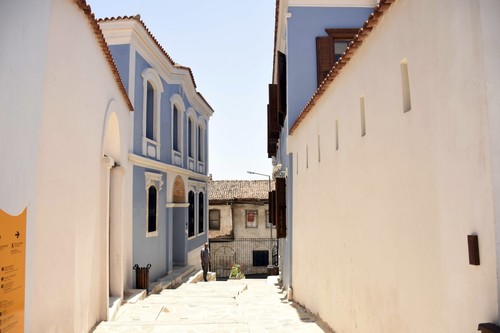 Structures from the Ottoman and Republic era are restored according to their original shapes and designs, and mosaics and historical works located in some structures are being illuminated for visitors. Structures being renovated by the Museums General Directorate of the Ministry of Culture and Tourism include the Milas mansion, a carpet museum, a laboratory, an administrative building, an information and reception center, a recreation room for children and a library.

The Emin Ağa Mansion, built in 1890 and an example of Milas stone houses, was renovated according to the original plans. Built in ashlar stonework style, the mansion - archway, moldings, a triangle pediment on the facade, a wreath-motif in the pediment and mural paintings on the rig walls of the "windbreak" - reflects the late period of the Ottoman Empire. Tools and figures used in that period are displayed in the mansion.

Since the story of Uzunyuva started in 2010 with an illegal digging incident, Savran said that the archaeological potential of the area was discovered by later digging, resulting in 11 decares of land with 40 structures uncovered. 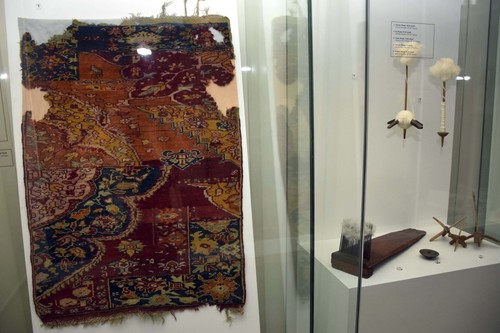 Milas carpets that have been cleaned and restored are displayed in special sections. Visitors can try carpet weaving and dyeing using regional weaving looms.

Savran said that one of the historical Milas houses, located in Milas Uzunyuva Hekatomnos Mausoleum and Holy Place and on the "World Heritage Tentative List" of UNESCO, is now the Milas Carpets Museum, the first and only museum in Turkey where carpets special to one region are displayed. "We established a museum where Milas carpets are displayed and protected. Carpets are displayed using carpet weaving mannequins. We also established activity rooms in the museum to sustain and teach traditional carpet weaving," she said.

She emphasized that the journey of carpets from past to present are told in the museum, and they wanted to arouse interest in visitors by allowing them to weave carpets.

Since the mansions built in Milas were inspired by ancient architecture, Savran said that the Emin Ağa Mansion was renovated as Milas Mansion and its rooms are displayed in accordance with the daily life of that period.

Savran mentioned that tools and models used in the Ottoman and Republic era are displayed in the mansion and said: "The culinary traditions of the period, such as making winter provisions, and the living room, workroom, bedroom, bridal chamber and crib were revitalized and put on display for future generations. Our aim is to establish a sustainable museum that comes alive for people. With new arrangements and activity rooms, the number of visitors will increase."

One of the historical buildings renovated has been opened to children. There are games, toys, tools and a library of the period. Those who visit the children recreation room can play with the games of the period.

In the information and reception center, the tombs of the Byzantine period and mosaics of the late Roman period were unearthed during the digging. The tombs and mosaics have been covered with glass and illuminated.

Savran noted that visitors could see how archaeological digs are conducted while they examine the structures in the area.