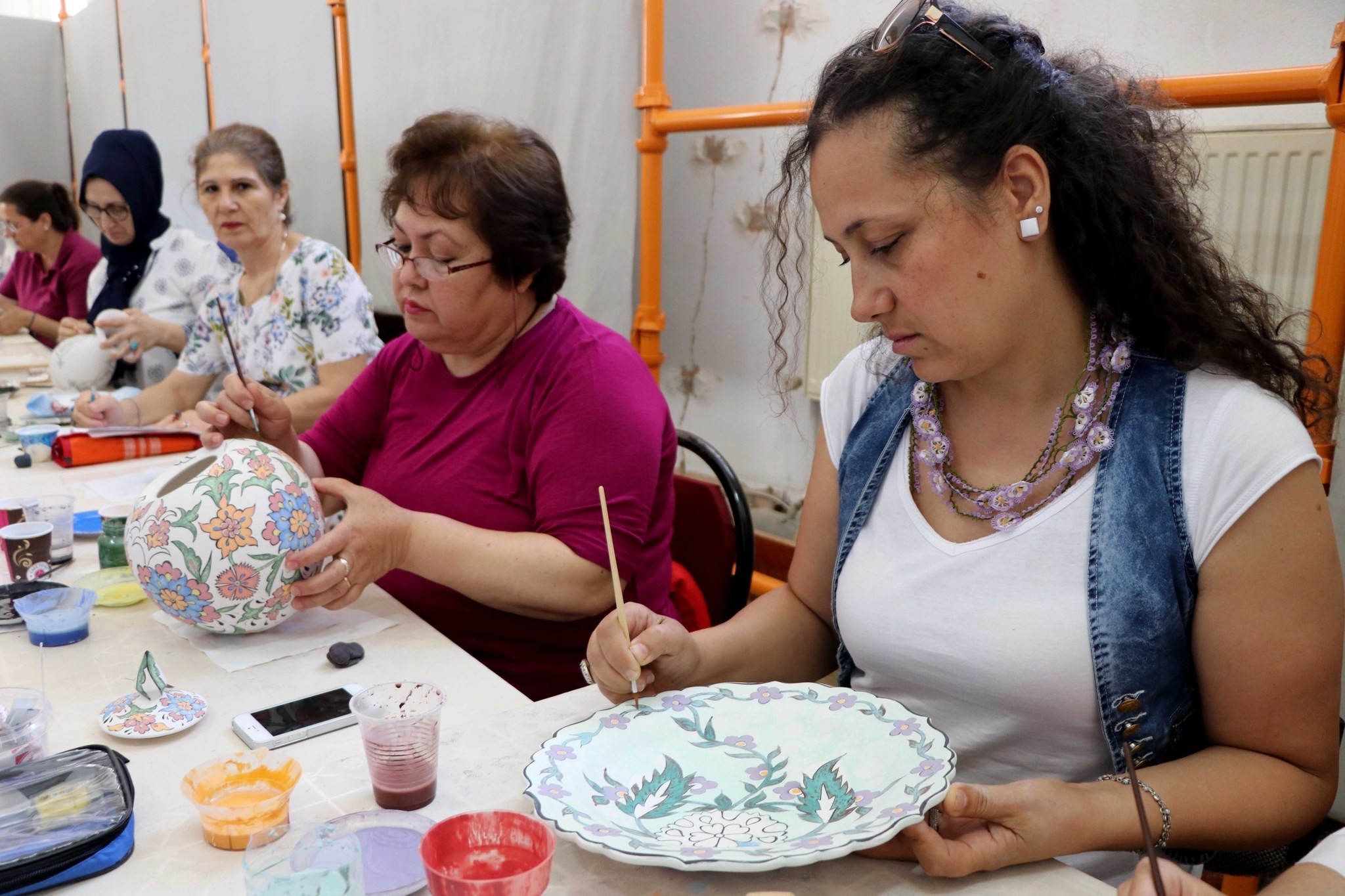 The provincial Culture and Tourism Directorate in western Turkey's Edirne is organizing an art course that focuses on Edirnekari, often described as the Turkish rococo.

The five-days-a-week course is being held at the Deveci Han Cultural Center's Artist Hasan Rıza Hall.

Many of the attendees are retirees, who are now using their newly acquired skills to make replicas of historic Ottoman tiles, many of which were lost during the late Ottoman period.

Speaking to Anadolu Agency (AA), Edirne Culture and Tourism Directorate head Ahmet Hacioğlu said that they are reviving traditional Turkish arts and handicrafts. "The Edirne tile motifs can be seen in mosques and Ottoman Palaces. Some of these tiles were smuggled abroad in the later period of the Ottoman Empire. For example, some of the tiles from the Ottoman palace kitchen are now on display at the Frankfurt Museum in Germany," he said.

Course trainer Işıl Talaşmanlı said that all 13 of the students love working with tiles. They are leaving a cultural heritage for future generations.

"We are making replicas of Ottoman tile that have been stolen. Besides we decorate tiles inspired by the ones in Selimiye and Muradiye Mosques as well as the Edirne Palace. Some of our students decorate plates, vases and sugar bowls," she said.

"Since opening the course in February, we have produced more than 100 artworks. Now we are planning to organize an exhibition."

Firuzan Barın, a retired teacher who has been working with tiles and ceramics art for five years, said: "Ottoman tiles were taken to different museums in Russia, Germany, the U.K., France and Spain. You can see tiles from Muradiye Mosque in French museums."