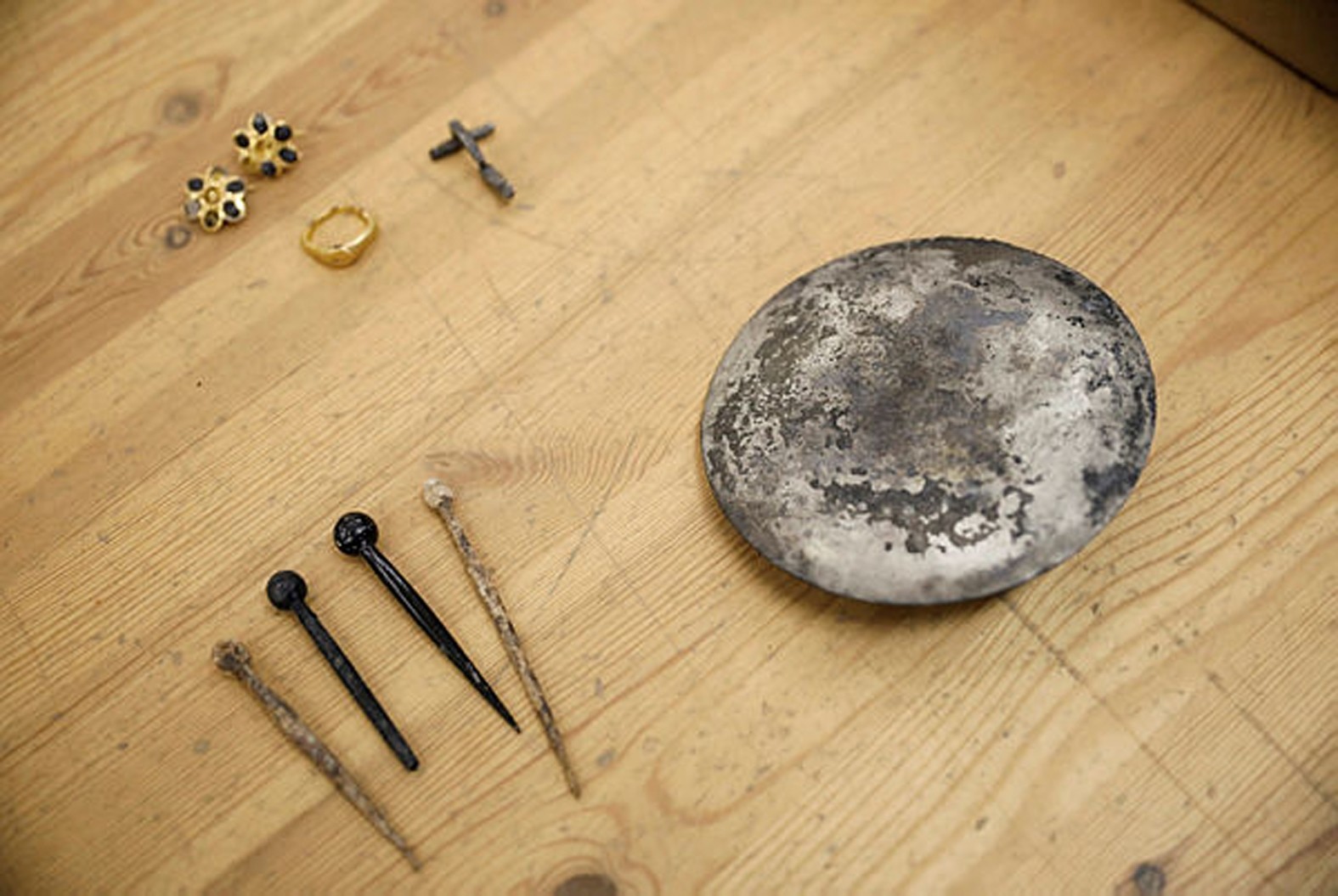 Items found inside a Roman-era sarcophagus at an archaeological site in the ruins of the ancient city of Viminacium.
by Jun 01, 2018 12:00 am

Serbian archaeologists at the site of the ancient Roman city of Viminacium have found an intact sarcophagus with two skeletons bedecked with gold and silver adornments.

Ilija Mikic, an anthropologist at the site, said the skeletons were of a tall, middle-aged man and a slim younger woman.

In addition to three delicate glass perfume bottles, the woman had golden earrings, a necklace, a silver mirror and several expensive hair pins, while a silver belt buckle and remains of shoes were found lying around the man.

"According to grave goods ... we can conclude that these two people surely belonged to a higher social class," Mikic said.

The Viminacium site, near the town of Kostolac, around 70 km east of Belgrade, was a military camp and the capital of the Roman province of Moesia Superior, dating back to the 1st century AD. It had a hippodrome, fortifications, a forum, palace, temples, amphitheatre, aqueducts, baths and workshops.

According to historians, it could have been the home to some 40,000 people. So far, only about 4 percent of it has been explored, said Miomir Korac, the director of the site.

He said that ancient Roman settlements that were not buried under modern cities such as London, Milan, Budapest or Belgrade were rare.

"Only Viminacium with its 450 hectares is an open area for exploration. And I am sure this will bring an immeasurable quantity of information," Korac said. So far, archaeologists there have uncovered tens of thousands of artefacts, including golden tiles engraved with Roman magical symbols, jade and marble sculptures, pottery, mosaics and frescos, along with 14,000 tombs, since excavations started in 1882.

Devastated by the Huns in the 5th century, Viminacium was later rebuilt by the Emperor Justinian. It was razed and destroyed by the Slavs in the 6th century.

Over the centuries since, the sarcophagus would have survived looters, ploughing and a machinery of a nearby coal mine.