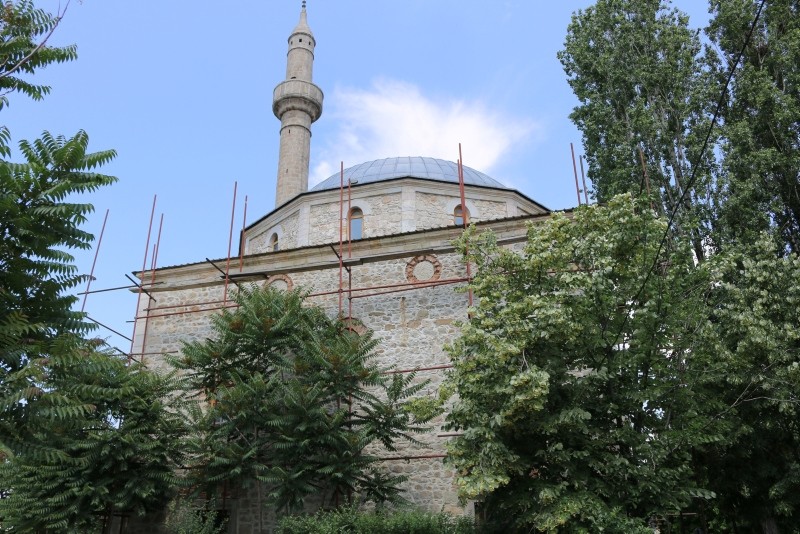 A signing ceremony was held in the capital Pristina at Kosovo Monumet Protection Institute with the participation of Turkey's Ambassador to Kosovo Kıvılcım Kılıç, head of the Islamic Union of Kosovo Naim Ternava and other officials.

The protocol was signed by TIKA, Kosovo Ministry of Culture, Youth and Sports and Kosovo Islamic Union.

Kılıç said the restoration projects of these important heritages will contribute to further develop Turkey-Kosovo relations.

Ternava, for his part, recalled that the Pristina Carshia Mosque is the oldest mosque in Kosovo.

"It is the unique mosque among all the Balkan mosques because it was built entirely of stone, carrying a treasure of our culture and religion," Ternava said.

Carshia Mosque, the oldest building in Pristina, was constructed during the reign of Sultan Murad II in the 15th century. The mosque was built to celebrate the Ottoman victory of 1389 in the Battle of Kosovo.

Gazi Mehmet Pasha's Mosque is one of the oldest monuments of Islamic art in Prizren. The inscription above the entrance states it was built in 1561.

Burak Ceran, TIKA's Pristina coordinator, said they have also started working on some other projects in Pristina and there have some more protocol agreements to be sign to begin work on more projects in Prizren and Gjakova cities.

The agency offers aid to more than 40 countries around the world.