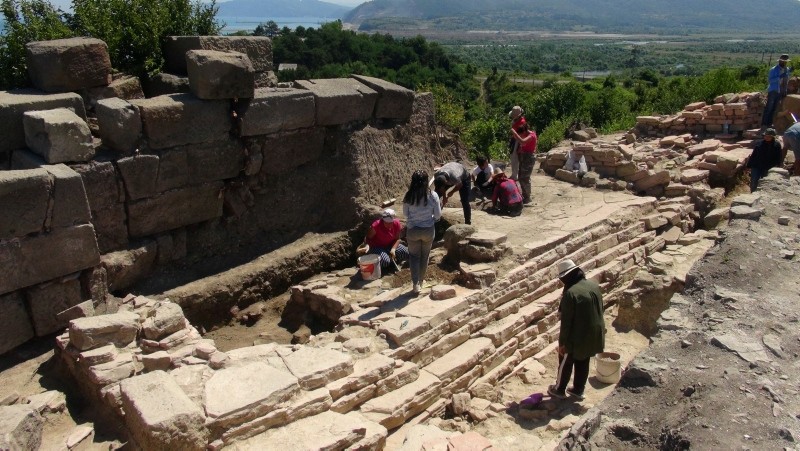 The excavations will be headed by Dr. Şahin Yıldırım of Bartın University's Archeology Department under the supervision of the Ministry of Culture and Tourism.

"We discovered a castle ruin, which we believe to be used by the Genoese in the 10th or 11th century," Yıldırım said in an interview with AA.

"It [the castle] is burned down and in ruins. We believe this is because the castle was captured by Seljuks, or in a sense Turks, when they first arrived in the Black Sea region."

According to Yıldırım, researchers managed to discover a structure, which was converted in to a small mosque in the post-Byzantine period, along with a seal belonging to a Seljuk Emir, shedding light on details about how Turks converted to Islam.

Archeologists managed to dig up relics from the Persian, Roman and Hellenic periods and decided that the ancient city was established by Greek colonists in 6th century B.C. as their findings indicated the earliest settlements were by Hellenistic colonists.

The ancient city was founded by the Miletus colony lead by a priest called "Tios" and was overshadowed by Herakleia Pontika and Amastris throughout history. When the city was sieged and pillaged by Romans, it was rebuilt as a fishing and trade town under Roman rule.