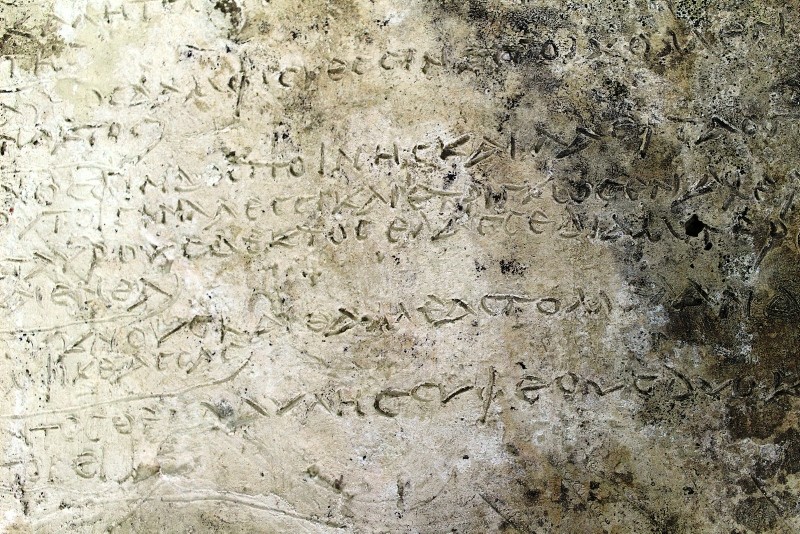 A handout photo made available by the Greek Ministry of Culture shows a clay tablet with an engraved inscription discovered after three years of excavations in the archaeological site of Ancient Olympia.
by French Press Agency - AFP
Jul 10, 2018 12:00 am

An ancient tablet engraved with 13 verses of the Odyssey has been unearthed in southern Greece in what is possibly the earliest-recorded trace of the epic poem, the culture ministry said Tuesday.

The clay slab is believed to date back to the third century, during the Roman era.

"If this date is confirmed, the tablet could be the oldest written record of Homer's work ever discovered" in Greece, a ministry statement said.

The extract, taken from book 14, describes the return of Ulysses to his home island of Ithaca.

The tablet was discovered after three years of surface excavations by the Greek Archaeological Services in cooperation with the German Institute of Archaeology.

It was found close to the remains of the Temple of Zeus at the cradle of the Olympic Games in western Peloponnese.

First composed orally around the 8th century BC, the epic -- which is attributed to ancient Greek author Homer -- was later transcribed during the Christian era onto parchment of which only a few fragments have been discovered in Egypt.