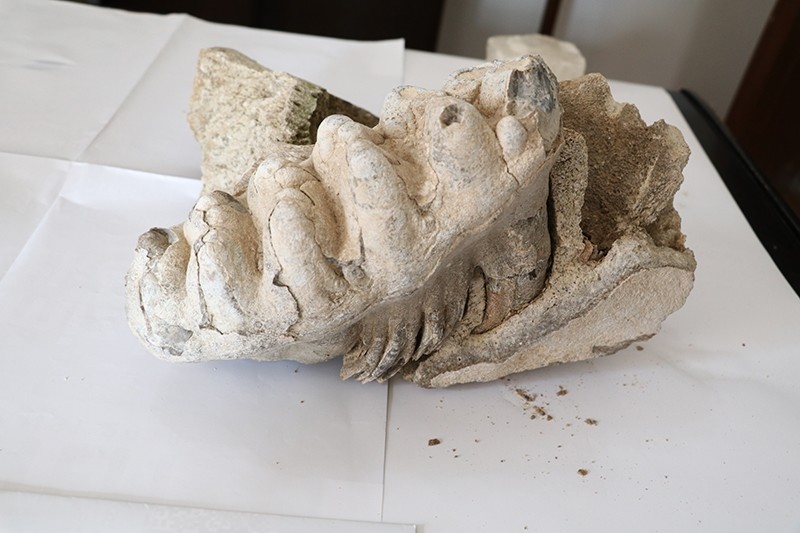 A farmer discovered a fossilized jawbone belonging to a mammoth, the extinct giant mammals of the Ice Age, in central Turkey's Yozgat province on Tuesday.

The director of Yozgat Museum Hasan Şenyurt told reporters that the fossil – found in Şefaatli district —was estimated to be around 8 million years old.

The farmer who discovered the fossil said that he initially thought it was a stone as it got lodged in his tractor's plow. After realizing it was no ordinary stone, the farmer contacted the museum director and handed over the fossil.

According to Şenyurt, the region is rich in fossil beds. Various fossils have been found there before but this was the first mammoth fossil to have been discovered.

The fossil will be studied by experts from Ankara and Ahi Evran universities, and afterward, it will be displayed in a museum.

Şenyurt expressed his hope that, with the discovery, more research would be conducted in the region.