Primitive boat from Neolithic times to sail to Greek islands 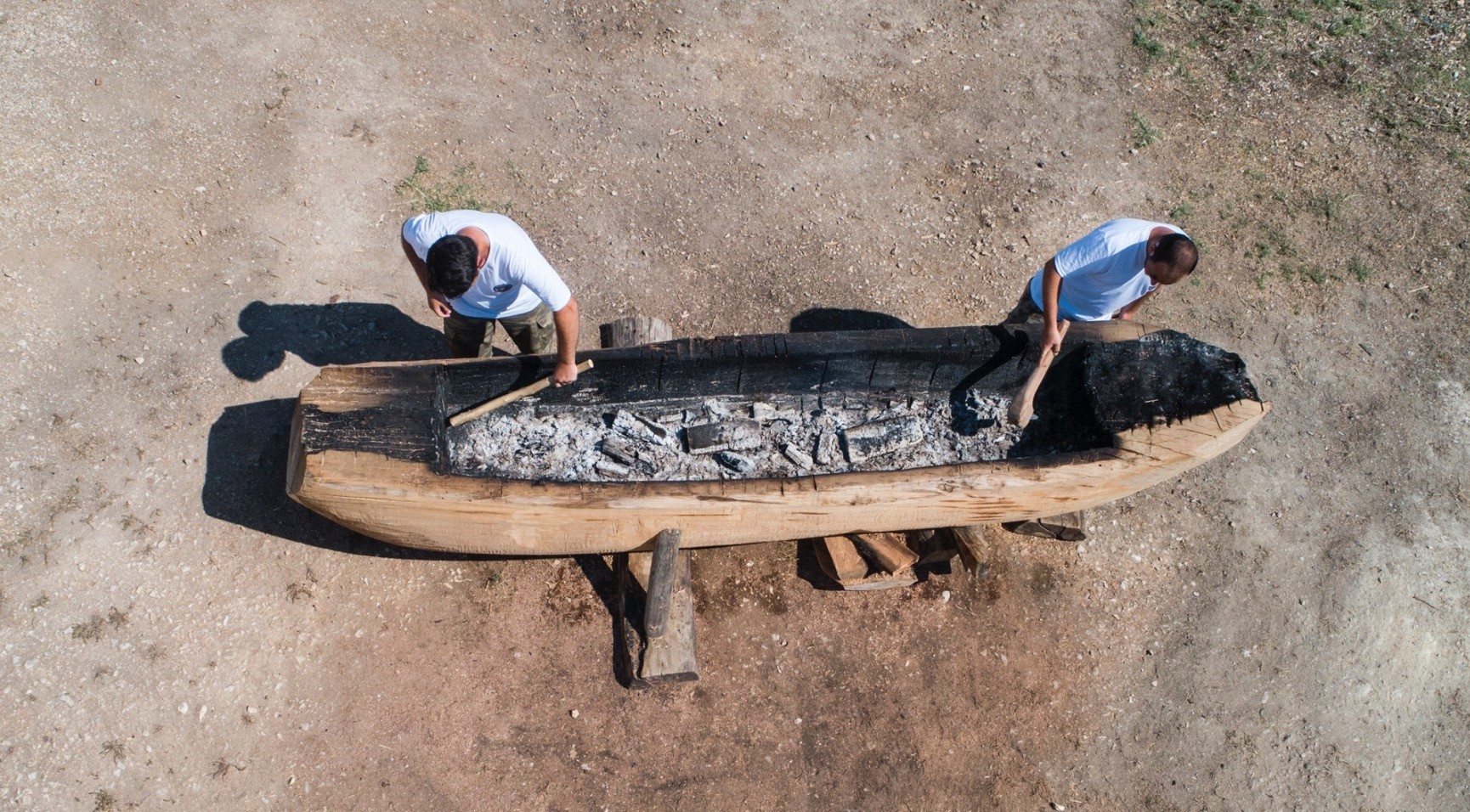 An experimental archaeological project about boat building is taking place in Urla, İzmir. Primitive boats are being built using Neolithic methods - The inner bark of beech trees is burned and carved with sharp stones.

The project started at the experimental archaeology center of the 360 Degree History Research Foundation with the support of Pamukkale University.

It came about with the doctorate thesis "Anatolian Navigation Activities in 6,000-7,000 B.C." of Koray Alper, who is an academic at the archaeology department of the university.

Giving information about the project, Alper said that the time period of his study is known as the Neolithic age in Western Anatolia, and there is various data proving that the shipping trade was done between the Anatolian coasts and Aegean islands in those times.

Noting that he found a theoretical thesis about how this trade happened and what kind of sea vehicles were used, he said that they aim to test these methods.

The academic said that people first built sea vehicles out of reeds and then built wind and wave-resistant boats that enabled them to carry cargo.

"There were some ideas arguing that people were making journeys on logs. We saw that this was not true in our first trial. We first threw logs into the water and saw that it was impossible to row on them. No material apart from obsidian and flint would have been used in boatbuilding in those times," he continued.

Alper explained that they burned the inside of beech trees in a controlled manner and carved it with stone axes before the cinder goes out. He added that they controlled the places that charred more by carving or cooling it with water.

Boats to travel to Greek islands

Koray Alper highlighted that working with cinder is not easy and they had some difficulties because their tools are primitive.

He added that works continue with the contribution of volunteers, and they cannot sustain a full-time and systematical program.

Alper said that it takes nearly two months to make a boat out of a log that is four meters in length and 95 centimeters in width.

"After the carving process is completed, we will check its balance. If necessary, we will laterally add a balance stick to it. We will go to Greek islands and back with this boat next year. Therefore, we will practice the Neolithic trade," he concluded.