Liquid inside mystery sarcophagus only sewage water not 'elixir of life,' Egypt says 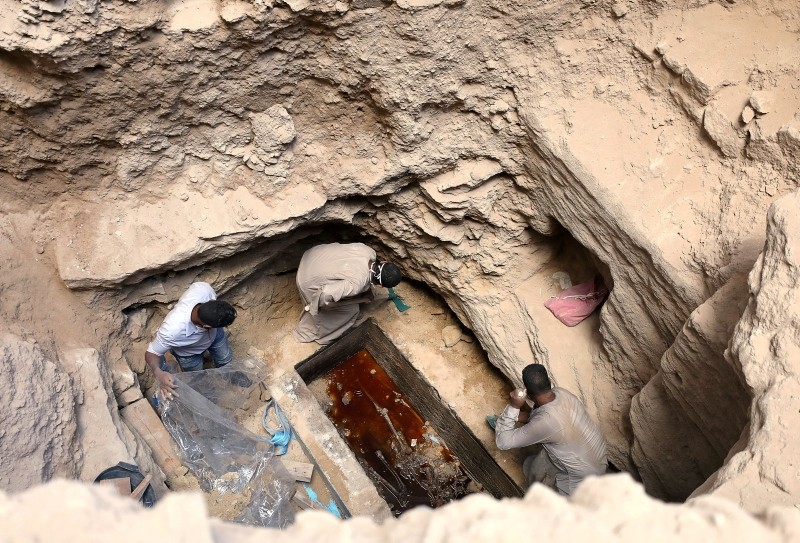 Egypt's Antiquities Ministry has responded to recent media reports about the nature of the liquid and the identity of the skeletal remains found in a recently opened large black granite sarcophagus.

Saturday's statement by the ministry says the liquid is neither "juice for mummies that contains an elixir of life" nor is it red mercury but only sewage water.

It also says the find doesn't belong to any ancient rulers and the remains are undergoing restorations to reveal more.

Speculations swirled across media since the discovery of the 2,000-year-old sarcophagus in the coastal city of Alexandria earlier this month, with some suggesting that it belongs to the ancient Greek ruler, Alexander the Great. Others warned of "the curse" opening it would unleash.

All such reports were quashed by the ministry.