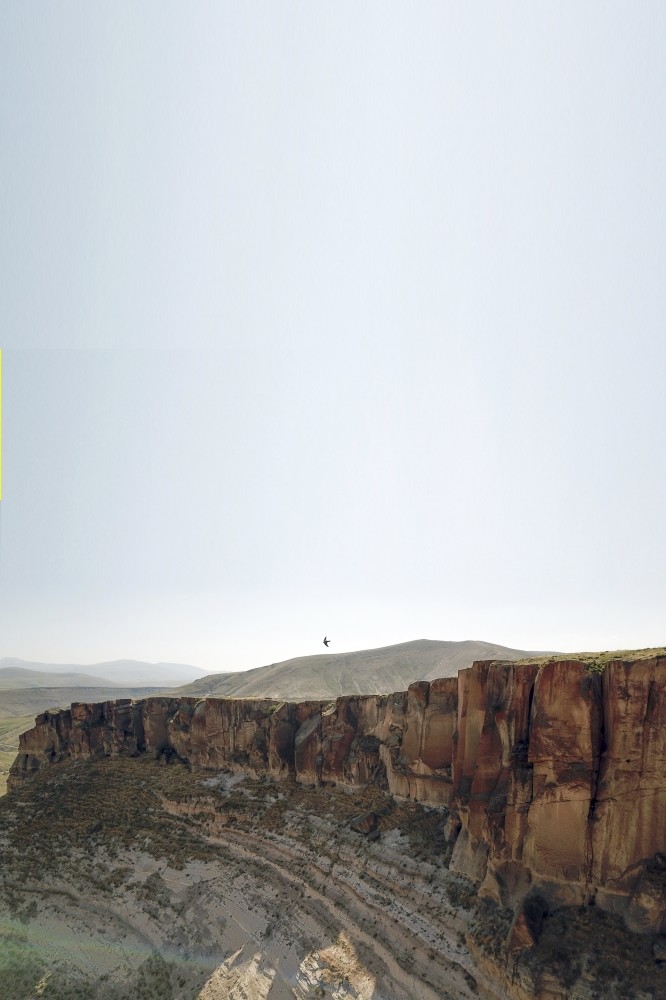 Bearing traces of the civilizations that it hosted in the past, the ancient city was built carved into steep rocks.
by Anadolu Agency Aug 03, 2018 12:00 am

Hosting many civilizations throughout history and known as the ‘Cradle of Civilizations,' the ancient city of Meya in Diyadin district of Ağrı province mesmerizes its visitors

Bearing traces of the civilizations that it hosted in the past, the city was built carved into steep rocks in Günbuldu village, which is 12 kilometers away from the district's center. There are sheltering places, temples, sanctuaries, rooms and caves in the city.

The traces of civilizations evoke admiration in the city, known as the Meya caves. Ağrı Deputy Director of Culture and Tourism Erkan Kösedağ said that the Meya caves are rare historical works in the world. 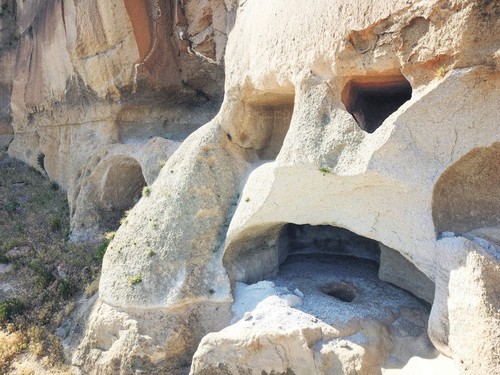 There are sheltering places, temples, sanctuaries, rooms and caves.

"Meya caves are a construction that look like an ancient city. Hasankeyf has a landscape similar to Meya caves. Besides, Kendovan, one of the most important caves in the world, in Tabriz province of Iran, can be a similar example," said Kösedağ.

Not to be missed

The deputy director stressed that those who visit the eastern region should visit the Meya Caves, "It is a place worth seeing and unexplored in terms of tourism potential. Seeing an unexplored area has a different beauty for people. We recommend that people from Ağrı and tourists alike should come see Meya. You can feel both the mystic smell of the village and witness a rural and historical life. People can reach the interior parts of the caves. It is an area that can be evaluated well."

Muhammed Kaya, who came from Kars province to visit Meya caves, stated that he is happy to see the caves. Kaya remarked, "One of my friends has visited this place before and recommended it. I came to Ağrı province because of my business and decided to see this place, as well. The caves are really mesmerizing, and they have rooms and hidden passages. Even if I had to walk a little bit in order to reach the cave, it was worth it. I will recommend it to all the people around me."