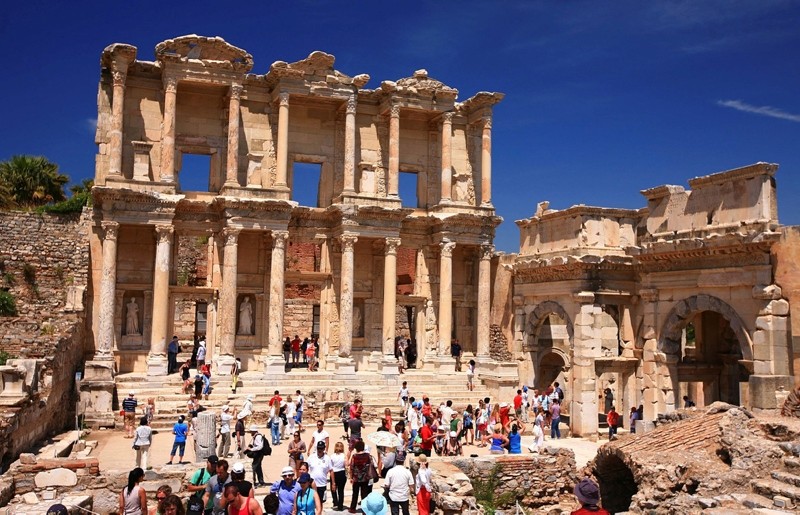 The famed ancient city of Ephesus, in Turkey's picturesque Aegean region, attracts some 2.5 million tourists and history buffs every year.

Ephesus was added to UNESCO's prestigious World Heritage List in 2015.

Ephesus, previously an ancient Greek city and later a major Roman settlement near present-day Selçuk in the coastal Izmir province, boasts a rich cultural heritage dating back to the first people to call it home in 6500 BC.

Apart from the ancient city of Ephesus, the Ephesus archaeological site contains the Celsus library, the fabled House of the Virgin Mary, the Church of St. John the Evangelist, and the prehistoric Çukuriçi mound.

Considered one of Christianity's holiest sites, the House of the Virgin Mary merited a trio of papal visits: Pope Paul VI visited the shrine in 1967, Pope John Paul II in 1979, and Pope Benedict XVI in 2006.

The House of the Virgin Mary is a Catholic and Muslim shrine located in Bülbüldağı, near Ephesus, 7 kilometers (4.3 miles) from Selçuk.

Legend says Jesus' mother was taken to this stone house by St. John where she lived until her assumption (her body rising to Heaven, according to Catholic doctrine) or dormition (according to Orthodox Christian belief).