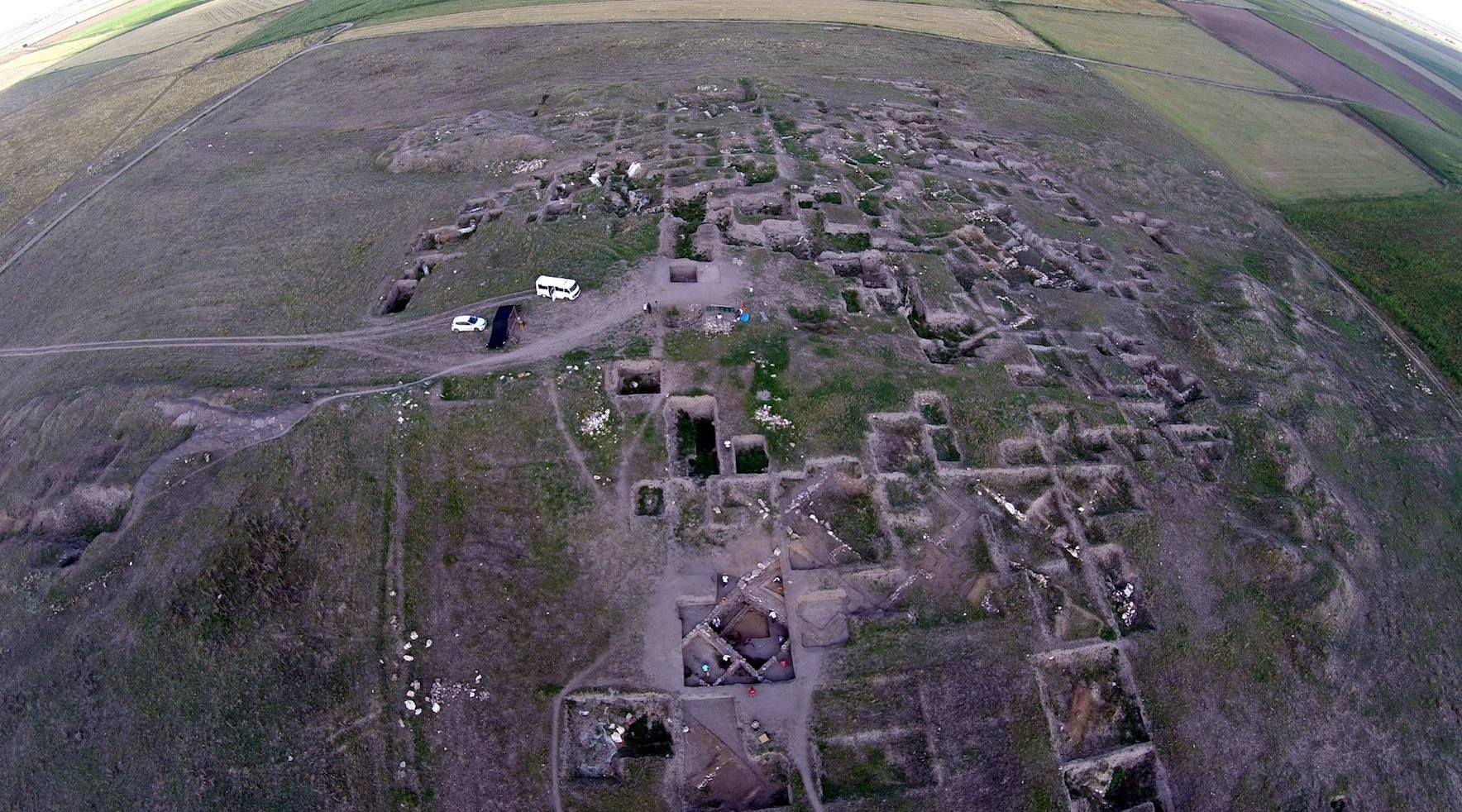 Excavations at Eskişehir province's oldest town, Küllüoba, continue to reveal the history and provide information about the past

Tucked away in the historic Seyitgazi district lay the remains of the oldest town in Eskişehir.

Shovel by shovel, Küllüoba is being revealed with excavations which have been carried out since 1996.

Artifacts that have been found in a two-month excavation period hint that the region is located in the "Great Caravan Trail." The items are being displayed at Eskişehir's ETİ Archeology Museum.

Efe explained that Küllüoba district lies on the west of the Sakarya Plains and 15 kilometers northeast of Seyitgazi.

On the foots of the mound, which uninterruptedly includes the prehistoric periods from 3,500 B.C. to the beginning of the Middle Bronze Age in 1,900 BC, there also were Hellenistic settlements.

"We get the impression that the first steps of a development towards urban development in architecture was taken in Küllüoba around these times. The most important example is the appearance of public buildings. The building complex with a size of 31 by 24 meters which we call 'Complex II,' stands in the middle of the settlement with the large courtyard. This structure probably belongs to the ruler of the settlement. As a result of the excavations at Küllüoba, we realized that the cultural and commercial relations between Çukurova and therefore Mesopotamia and Troy (Çanakkale) in the Early Bronze Age III, around 2,400-2,200 B.C., were not through the sea along the shores of the Mediterranean and Aegean Sea but through the Konya, Akşehir, upper Sakarya, Eskişehir and the İznik-İnegöl plains," he said.

Adding that this transportation line is called "Great Caravan Trail," Efe noted that the ceramic material called "Syrian bottles" is among the findings that have origins in Mesopotamia.

Türkteki also stated that there is a big monumental structure in Küllüoba, which has been a settlement for 1,600 years without interruption and that this structure shows that there was a presence of a ruling class and thus social stratification on the way to the urban development. The excavation works this year focused on the "Lower Settlement."

He noted that these structures belong to the Bronze Age II period.

"Our other area of work is for the discovery of the architecture of the settlement dating back to 2,200-1,900 B.C. which we call Middle Bronze Age transition period. Since writing was not invented it is not possible for us to give the name of a civilization. We call this period culture. There is writing in Mesopotamia since 3,000 BC but we cannot give this civilization a name because writing was not used in Anatolia," he added.

He also said that they are carrying out excavation with a team of 35, of which 20 are students.

'It's exciting to witness the discovery of a tearbox'

Eskişehir Culture and Tourism Deputy Manager Şennur Azade said that they were pleased to find traces belonging to the earlier civilizations of the country.

"Our ministry offered TL 90,000 ($14,000) to the excavation this year. We, as provincial directorate, provide support as much as we can. It's exciting to witness the discovery of a tearbox in the excavations. We are glad to share our past cultures with our people," he said.