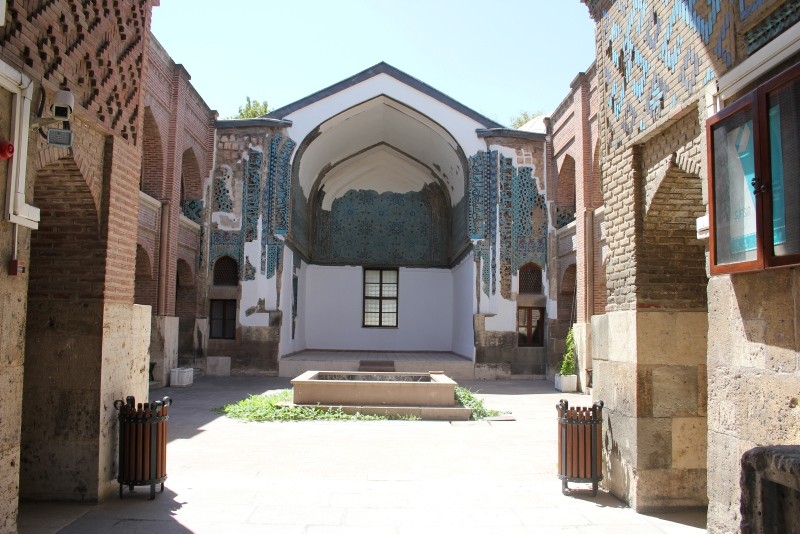 Konya, which has been listed as "Capital of Seljuk Civilization" in UNESCO's World Tentative List since 2000, plays an important role in conveying the ancient cultural links from the Seljuks to the next generations.

Along with the most famous Alaaddin Mosque, which was built between the mid-12th and mid-13th centuries, and other 72 ancient architectural elements, the city takes one back into time and enriches people with its history. Domestic tourists, as well as foreign tourists worldwide, are left mesmerized by the city.

Speaking to Anadolu Agency, the provincial Culture and Tourism Director Abdüssettar Yarar said Konya is the capital of the Anatolian Seljuk civilization.

Underscoring the fact that the ancient structures in Konya are being visited by hundreds of thousands of tourists each year, Yarar said: "The cultural heritage that Konya has is magnificent and unique. We will continue to work from now as we did until today to protect and display these heritages."

According to UNESCO's official website, Seljuks created a unique artistic world with cultural links reaching out from the Anatolian heartland to central Asia, the Middle East and the shores of the Mediterranean and Konya is the significant example of this world.

The website also notes that the outer fortress of Konya and the Sırçalı Madrasa, many small mosques and tombs are examples of Seljukian architectural elements of Konya.