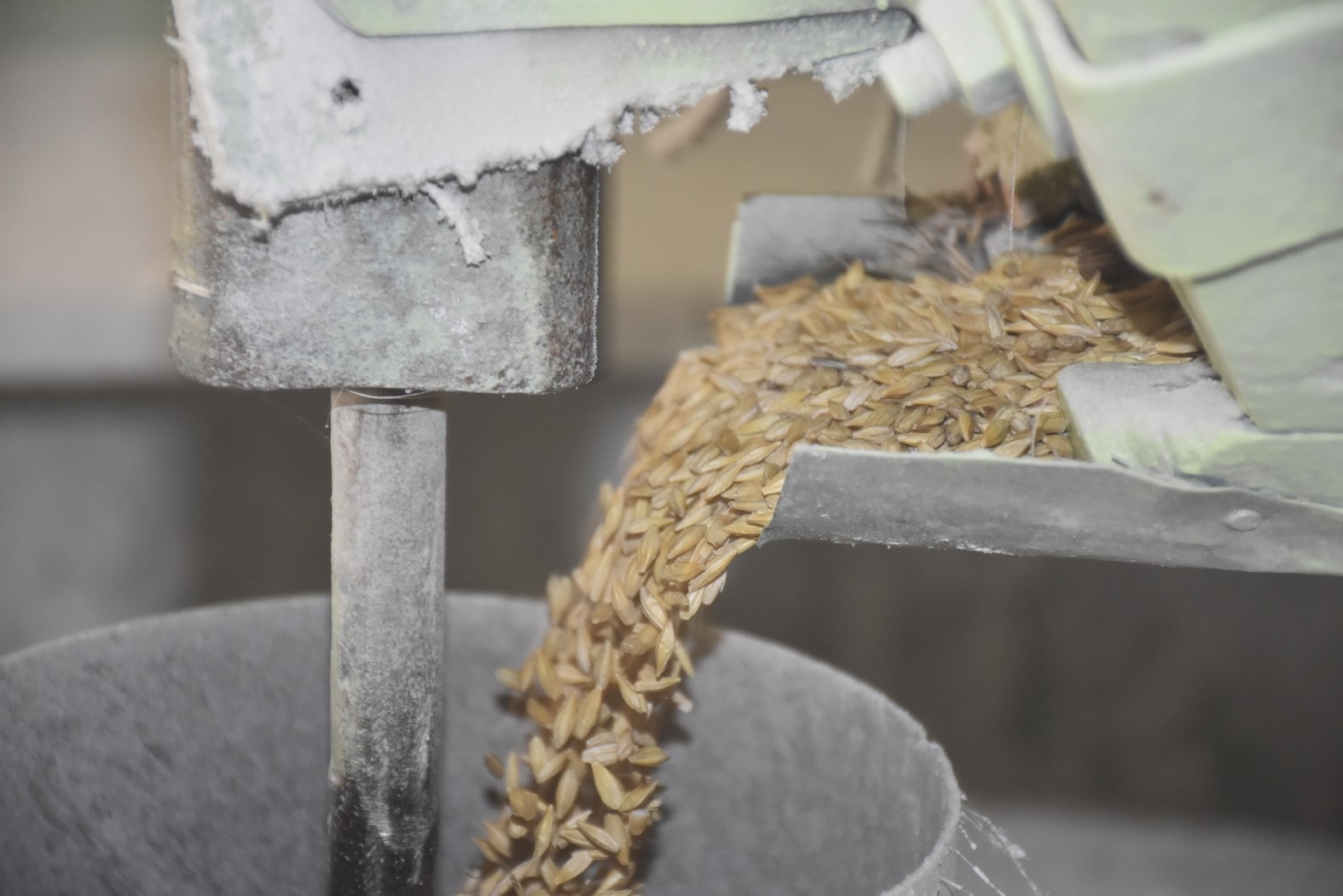 The mill grinds between 150 and 500 tons of grains every year. Especially after the harvesting season, people queue up in front of the mill.
by Anadolu Agency Aug 25, 2018 12:00 am

A century-old water mill in the Arpaçay district of northeastern Turkey's Kars defies time and latest technology as it continues to serve the local people.

The mill dates back to the late 19th century when Kars was under a Russian occupation. It was likely built by the Molokans, a Russian religious minority, who were exiled to the region.

Erdem Kaya, a resident at the district's Küçük Çatma village operates the mill today. Farmers from nearby villages use it to grind wheat and barley.

The grains are at first sifted then they are ground on the millstone. Its cogwheel uses hydropower. The flour pours in a different section from the hull.

The mill grinds between 150 and 500 tons of grains every year. Especially after the harvesting season, people queue up in front of the mill.

Kaya told Anadolu Agency (AA) that they bought the mill years ago and continue to operate it.

Mill with a history

Kaya said that the cogwheels of the mill have been turning for years. "The mill has been running continuously since we bought it many years ago. It dates back more than a century. This water mill has two stones."

He added that the mill is well-known in the surrounding villages and those who have used it once always come back.

Kaya said people got used to consuming packed flours that are made using modern roller mills. But flours produced at stone mills taste better and are of better quality.

The grains milled here goes through a number of steps before the actual grinding. "When the wheat comes, it goes through a cleaning process first, before being milled on the stone. We produce two types of flours, all-purpose and whole-grain."

"We also mill barley. Sometimes, we also produce feed grains. The amount of our job depends on the yield, but on average it can change between 150 tons and 500 tons every year. This year, it will be good. This mill is different from others. Bread made with flour produced here tastes and smells really nice."

Sürmeli Özbek, a worker at the mill, said: "This mill is a more than a century old. No other mill can produce flour like this one. There are rooms above the mill. We bring the grains and pour it from above. It passes through a cylinder for sifting. After that, it is milled to make flour."

Evren Aydemir, who brought grain from nearby Carcıoğlu village to the mill, said that the water mill is well known in the area. "The old mills are always better. We bring barley and wheat here. The mill sifts hay or stones and separates them. After that we get clean flour," he said.