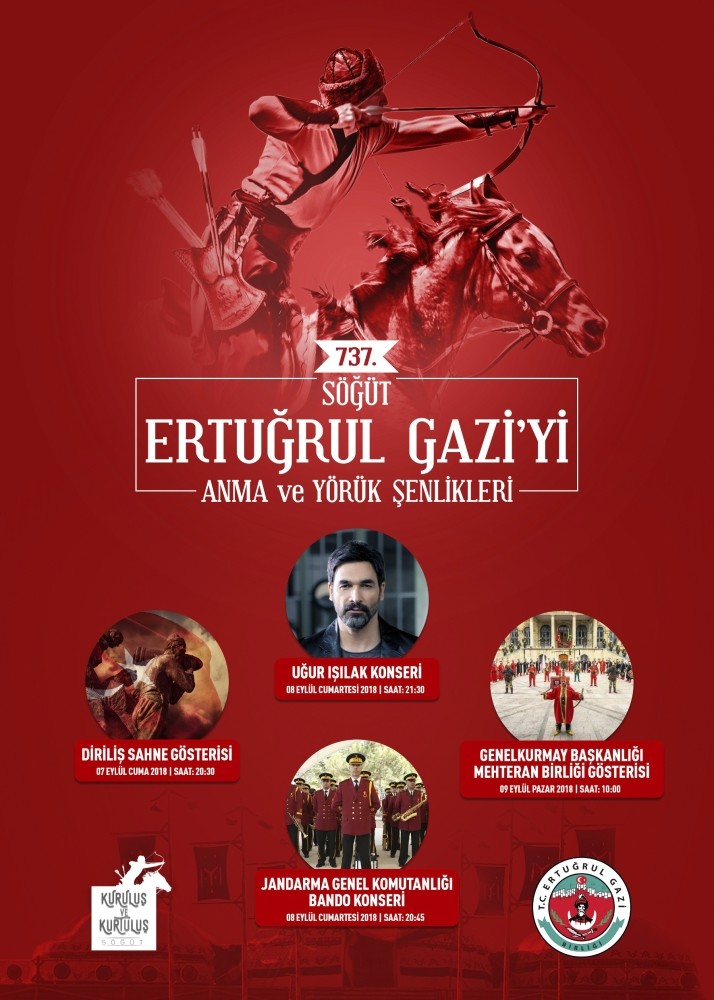 Celebrations commemorating the 737th anniversary of the death of Ertuğrul Gazi – the father of Osman I, who founded the Ottoman Empire – as well as the Söğüt Yörük Festival, which started to be held in Söğüt, a town in Bilecik province – from where the Ottoman Empire is believed to have emerged, begin today. Beginning with a visit to the tomb of Ertuğrul Gazi, the event will continue for two days.

During the celebrations, a wreath will be placed on the memorial of Turkish elders and a traditional march will be performed. Within the context of the festival, the marching bands of Turkish General Staff and Gendarmerie General Command and Uğur Işılak will give a concert. Javelin and archery competitions will also take place. The popular television show entitled "Diriliş" (Resurrection) will be on the stage. Painting, miniature and writing exhibitions and conferences will be held. A special pilaf which is believed to have healing quality will be offered to people.

Origin story to be told to the world

Talking about the celebrations and Yörük Festival, Bilecik Governor Tahir Büyükakın said, "We will tell the story of the establishment of an empire from a nomad group consisting of 400 tents for the 737th time; we will tell and introduce it to our future generations, to the whole country and the world."

Büyükakın drew attention that festivals are both nationally and internationally important and reported, "It is sure that we will host guests coming from the four corners of our country, especially statesmen, with our festival that will be held in Söğüt, one of the places where justice, law and tolerance are witnessed, and we will revive the Söğüt spirit again."

He said they will celebrate the occasion with the belief and excitement that was experienced on the first day.

"Our festival which we will celebrate with a spirit that will never be lost will be colored with many events, such as our ancestor sports, representative expressions of our traditions and customs and exhibitions," Büyükakın stated.