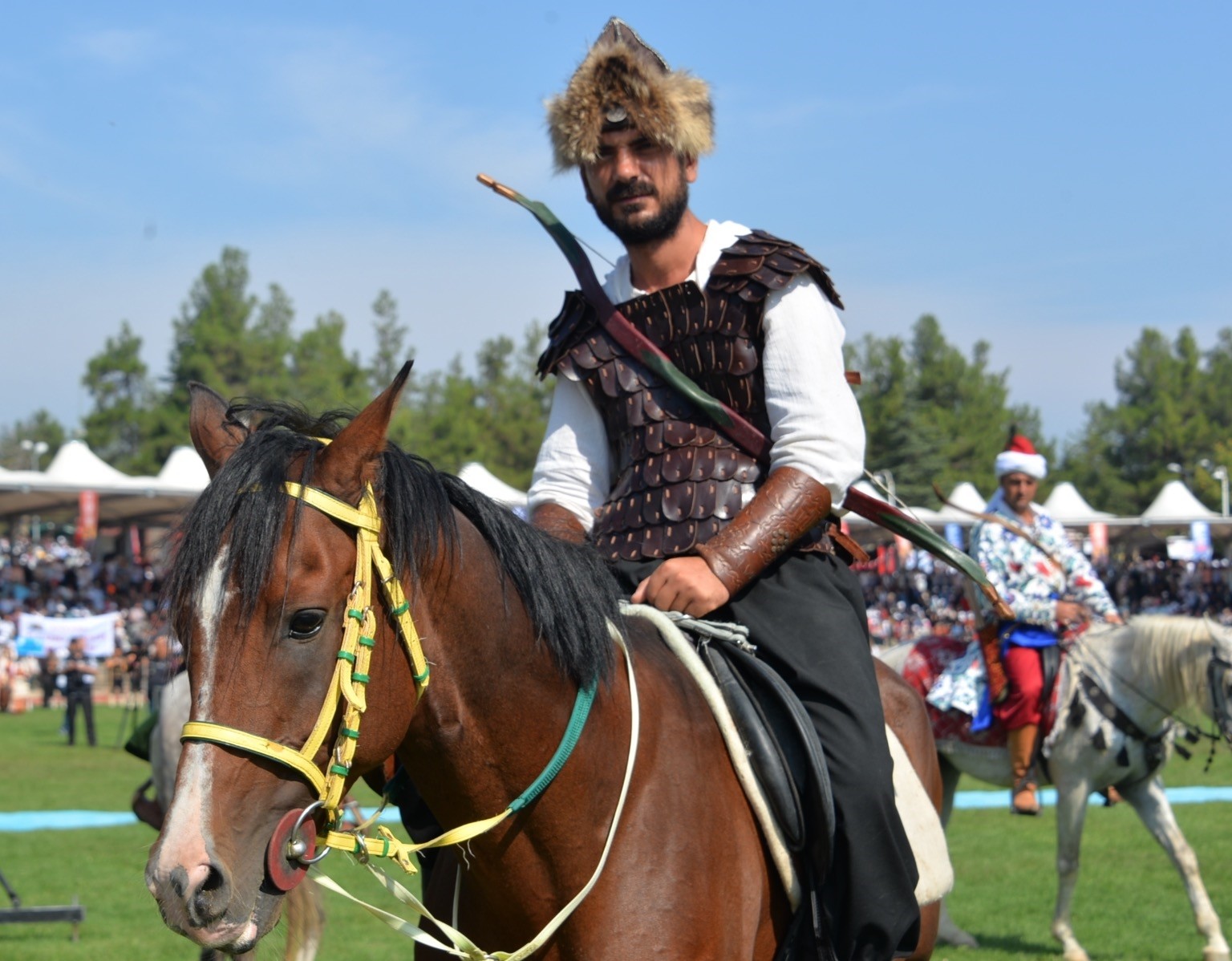 The father of the Ottoman Empire's founder and his achievements were celebrated yesterday at a festival held in Söğüt, located in the northwestern Anatolian province of Bilecik.

Ertuğrul Gazi led a small band of warriors under the leadership of Anatolian Seljuk sultan in the mid-13th century. With his death in 1280, the leadership of the small state, little more than the region of Söğüt, passed onto his son Osman, who is known to have established the Ottoman state in 1299.

Ertuğrul Gazi's life has come to attract significant interest in the past few years due to the popularity of the TV show Diriliş Ertuğrul on state broadcaster TRT and also the growing interest in the Ottoman Empire, recognized as one of the strongest states in history.

The festival, the 737th Söğüt Ertuğrul Gazi Remembrance and Nomads Celebrations, was held over the weekend, during which archery and javelin throwing contests were held.

Ertuğrul Gazi a few Turcoman nomads from Central Asia before being settled in Söğüt by the Seljuk sultan to fight against the Byzantine Empire.

After the Mongol invasions of the 12th century the Seljuk state weakened, allowing small bands such as the one led by Ertuğrul to rise. Osman Gazi, when he took over the rule, built a tomb for his father in Söğüt, which still can be seen.

President Recep Tayyip Erdoğan, in a statement, said the Seljuk Sultan Alparslan had opened the gates of Anatolia in 1071 before Ertuğrul Gazi, a few centuries later, went on to lay the foundations of a universal empire. He said Turkey once again paid its respect to its forefathers, who continue to demonstrate the potential inherent in the Turkish nation once it is unified.

He noted that between the founding of the Ottoman state and the conquest of Istanbul, there was about 1.5 centuries, while the Republic of Turkey was yet to complete its first centenary.

During his speech, Yıldırım said this year's attendance was once again higher than expected, running into the thousands. He also noted the modest surroundings of the founding of the Ottoman Empire.

"Ertuğrul Gazi's band became a state in 1299. It later grew to become an empire covering 22 million square kilometers in three continents. This is 28 times the size of modern Turkey," said Yıldırım.

Such celebrations created awareness about where Turkey came from, Yıldırım said, adding that as a nation, Turkey was like a rainbow, with internal differences making it even stronger.