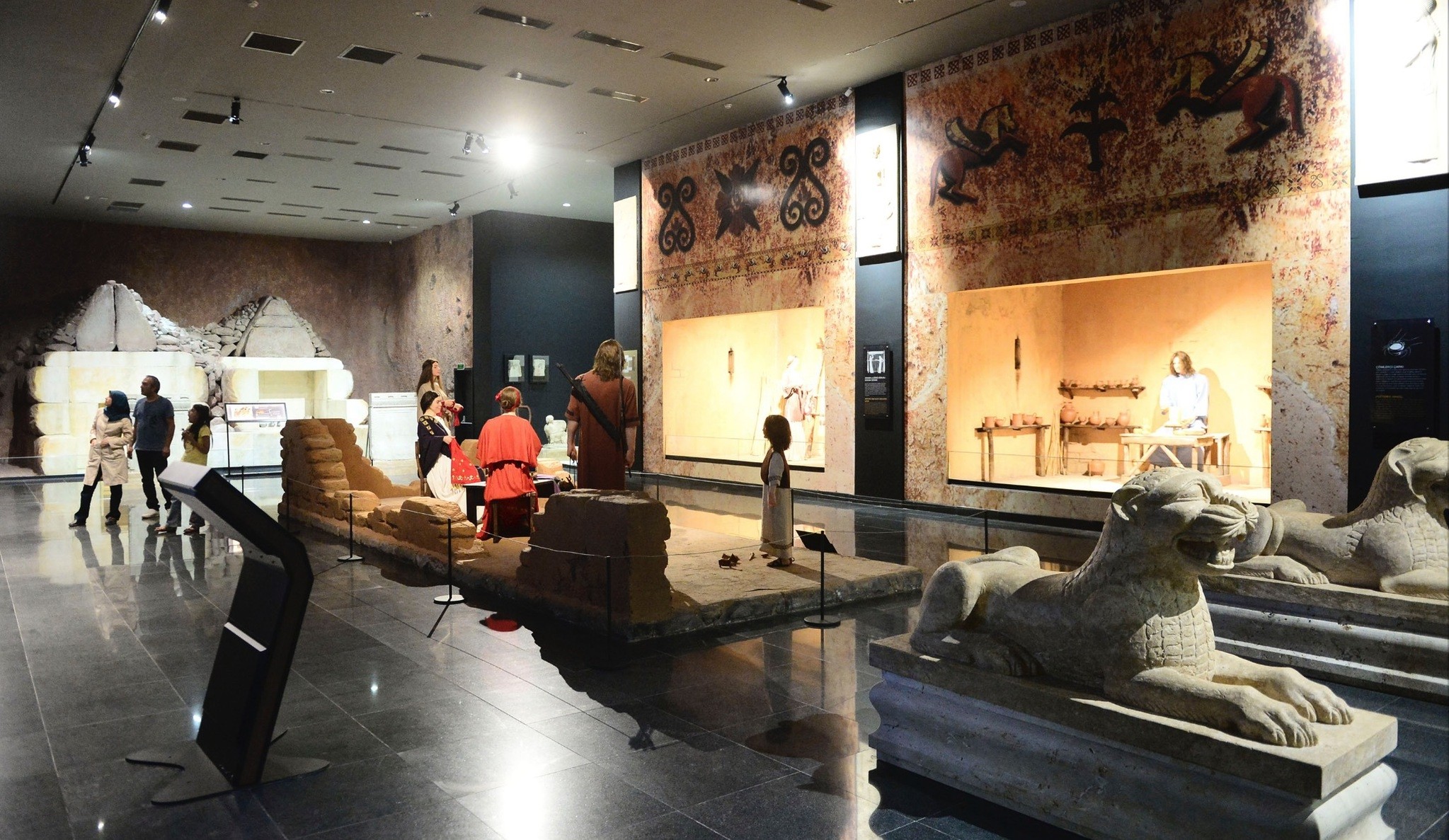 Pieces of the priceless collection of the Lydian King Croesus are displayed at the Uu015fak Archaeology Museum.
by Anadolu Agency Sep 17, 2018 12:00 am

The Croesus Treasure, formed of 432 pieces including a Winged Seahorse Pin, stolen twice and taken abroad, belonging to Lydian King Croesus is being displayed in the land where it belongs

A 432 pieces of the priceless collection of the Lydian King Croesus, which has been stolen twice before and taken abroad, including the Winged Seahorse Pin, is being displayed at the Uşak Archaeology Museum.

Speaking to Anadolu Agency (AA), the museum's manager Şerif Söyler noted that the newly renovated building is being acclaimed for both its architecture and design.

Söyler added that there are now conference halls and children's playgrounds awaiting visitors at the two-story museum, which exhibits about 2,500 valuable historical artifacts on 14,500 square meters. He said that they are expecting the museum to drawn the attention of visitors from abroad.

Back in the homeland

Söyler highlighted the importance of the Croesus Treasure, which belongs to the Lydian King Croesus who lived between 560-546 B.C.

He noted that it is exciting that the Croesus Treasure is being displayed in the lands where it belongs and that the official opening of the museum will take place later.

He said that the artifacts are selected with utmost care and placed in chronological order.

"There are artifacts from Paleolithic Age to the first years of the Republican period at the museum. Along with the artifacts from ancient cities such as Akmonia and Sebastapolis, we are also reviving the Ottoman Bank and Royal Mint at the coin section. The tumulus [burial mound] representing the Lydian Civilization and the Croesus Treasure will probably attract great interest. Six short movies telling the story of our city will constantly play on giant screens," he said.

Söyler said he believes the museum will contribute to the promotion of the city. Hayri Özsoy, who visited the museum with his two sons, said that he was impressed and everyone should visit. 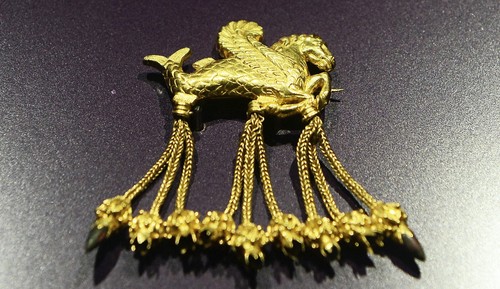 Özsöy explained that he and his family were in the area when they saw that the museum was open by chance.

"The modern building and unique works are really impressive," he said, adding that they were very impressed by the treasure. Hatice Kutlu, another visitor, said that the design of the exhibition rooms and the way the works were put on display were very attractive.

The Croesus Treasure, which was displayed at the Metropolitan Museum in New York in 1985 after being smuggled in 1965-1966 and 1968 from the Toptepe, İkiztepe and Aktepe tumuluses near Güre Village of Uşak, was brought back to Turkey in 1993.

The Winged Seahorse Pin, one of the most precious artifacts in the treasure, was replaced with a replica and smuggled abroad from the Uşak Archaeology Museum in 2005. The artifact was returned from Germany later on and displayed at the Anatolian Civilizations Museum in Ankara until it was finally brought to Uşak two months ago.