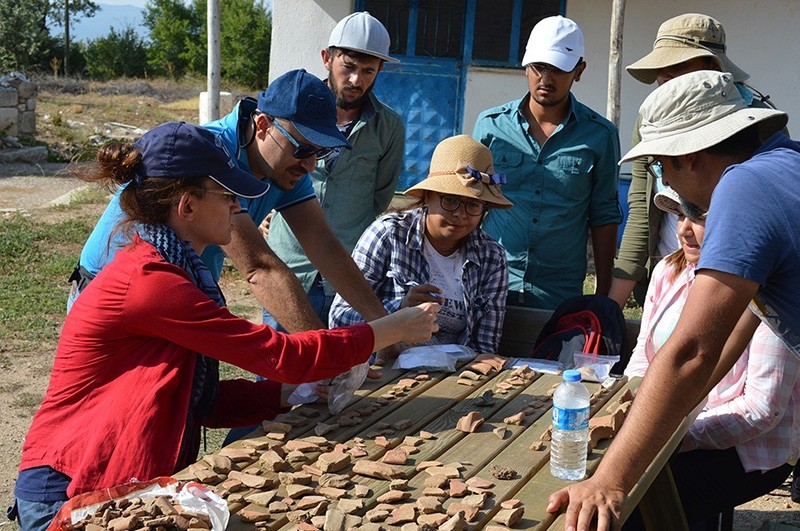 Archeologists have discovered evidence of glass production during excavations at the ancient city of Akmonia in western Turkey's Uşak province.

Münteha Dinç, professor in Uşak University's archeology department, said artifacts found at the site suggest glass was produced in the ancient city, which was a center of trade in the kingdom of Phrygia.

"As a result of the surveys carried out in the city, through detailed investigations from monumental structures to small finds, it was determined for the first time that there were uninterrupted settlements in Akmonia from the Hellenistic period until the late antiquity period," Dinç said.

"Among the surface finds, glass vessels and architectural glass pieces constitute an important group. However, the presence of production residues related to glass production shows that some of the forms identified in the city were produced here," she explained.

The wealth of form typologies and the range of times in which they were produced is important in showing that glass was an important part of life in Akmonia, Dinç added. The research indicates that glass was used in the city between the first and 13th century A.D.

Dinç said the ancient city welcomes visitors to Uşak with its magnificent ruins.

"Today, the mosaic hall, temple and theater are the structures that can be visited at the archeological site," she said.

The relevant findings were presented for the first time at an international platform in the 21st Congress (AIHV21) of the International Foundation of Glass History in Istanbul University on Sept. 3-7.